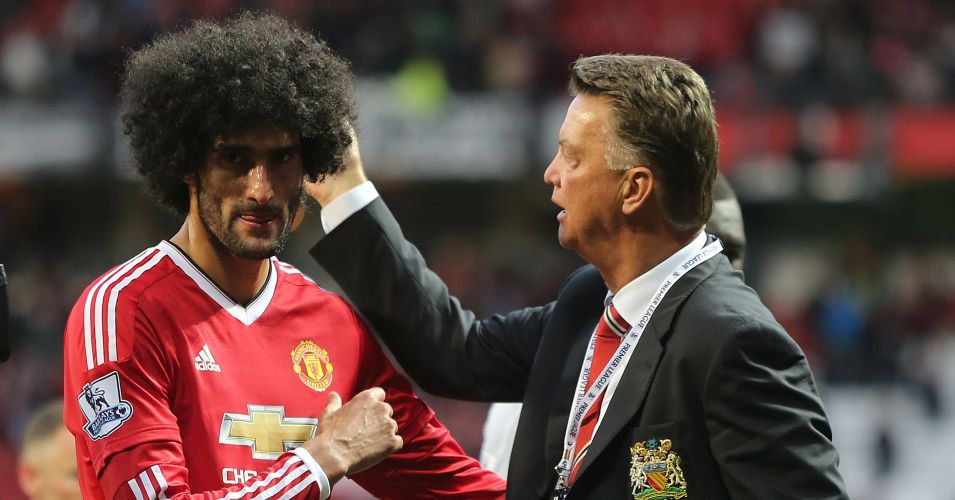 Drastic action must be taken at Old Trafford – even Marouane Fellaini is feeling ‘alienated’ by Louis van Gaal, according to reports.

Many of Tuesday’s newspapers reported that Van Gaal had offered to resign as Manchester United manager after defeat to Southampton on Saturday, and it is believed the Dutchman could again hand in his notice at a club meeting at Tuesday lunchtime.

United are in disarray after a sixth league defeat of the season left them five point outside the Champions League places, and a further five off the pace set by leaders Leicester.

The club have won just two of their last ten Premier League games, and have suffered exit at the Champions League group stages, while they scraped through their FA Cup third-round tie against Sheffield United in January thanks to a last-minute penalty.

But David Anderson has even more worse news for Van Gaal. According to the Daily Mirror’s football writer, senior players – including Ashley Young and even Marouane Fellaini – are feeling ‘alienated’ by the manager. Anderson reports that Young is ‘furious’ with the boss after ‘virtually ending his Euro 2016 chances by writing him off with injury’, while Fellaini believes his own chances of making the Belgium squad for the Euros has been affected by not being allowed to leave on loan.