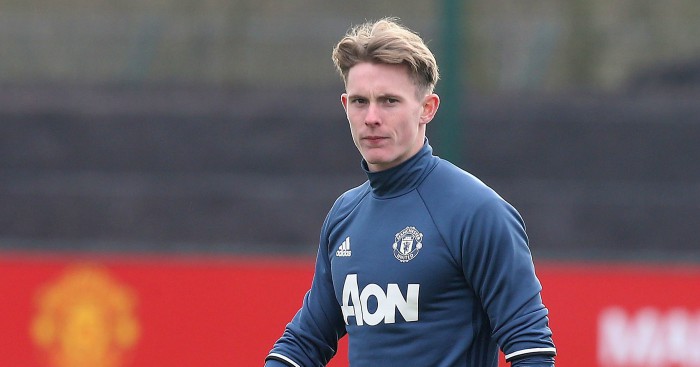 Manchester United youngster Dean Henderson has sent a message to the club over his future by claiming he feels he is good enough to play for them now.

The 22-year-old goalkeeper earned rave reviews on loan at Championship runners-up Sheffield United, and his progress has been clear over the last couple of years after spending a 12-month loan spell with Shrewsbury in 2017-18 and being named in the League One team of the year.

The Whitehaven-born keeper may not be happy playing for United’s U23s next season and may just be looking for a permanent move in the summer after two seasons of regular first-team football.

Now, Henderson has lifted the lid on his plans for the summer by hinting his future is very much still up in the air.

“It sounds unbelievable [to be a Premier League goalkeeper],” Henderson told the Daily Mail.

“That was the dream as a kid growing up, what you always aspire to be. You always watch Premier League Years on the telly and to know that could be me next year, I can’t wait.

“Whether that is at Manchester United, Sheffield United, wherever, I’m good enough to be a Premier League goalkeeper. I deserve that chance.

“It’s a tough one to say where. But do I think I should be playing at Manchester United now? Yes I do.

“I think I am good enough and I would help the team a lot, in a positive way.

“If not there I’m sure I could go back to Sheffield United, play a season and then I’ll prove to Manchester United what they are missing.

“I would give my right leg to play for that football club [Man Utd].

‘That has been my dream since I was a little boy, being a fan. I just know I’m working hard in the background and waiting for any little opportunity that comes up. If it does, I will take it for the next 10 to 15 years.'”