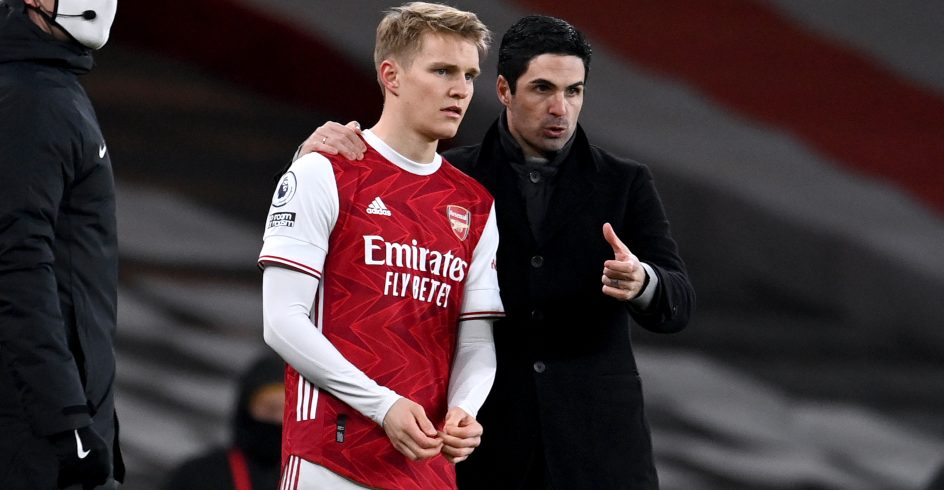 The stakes will be high when Arsenal welcome Fulham to the Emirates Stadium this weekend, with the Gunners in desperate need of a win to keep their fading top-six hopes alive and the visitors continuing their battle against relegation.

Jake was quick to acknowledge Arsenal’s relatively big odds, saying: “There is a limited Premier League schedule this weekend, but I do think that Arsenal’s price against Fulham is a little bit too big.

“I do think that Arsenal can be a little bit unpredictable, but I thought their “second string” last weekend against Sheffield United looked really exciting.

“There’s some really good young players in there. Martinelli is getting back to full fitness. Saka as well. Lacazette is playing some really good football at the moment, he’s taking chances.

“I do think that even if they do rest a couple of the stronger players after the Europa League match, they’ve got enough to beat a Fulham team that just looks completely hopeless at the moment.

“They went through a really good 10-15 game spell of looking really difficult to beat but not anymore.

“They’re struggling to create chances in attack and that gap between the teams above them is getting wider and wider. They’ve also played a game more than the teams that are directly above them.

“It’s looking a little bit bleak for them. It’s kitchen sink time, they need to start winning football matches. Only six games left and if they open up against this Arsenal team, I think Arsenal will be good enough to take advantage of that.

“The price at around 1.8 on the Exchange looked a bit big to me. I looked at Arsenal’s matches against some of the other teams down near at the bottom and they went off at 1.5 against Newcastle at home, 1.7 against Crystal Palace and 1.5 against Burnley. In my opinion, Fulham are a worse team than all three of them.”