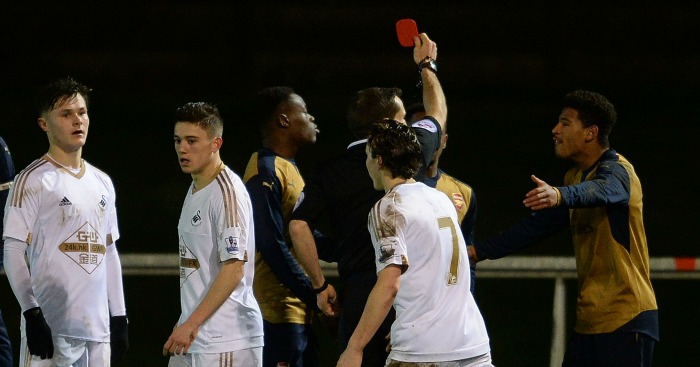 He withholds his name because the FA would not look kindly on this kind of criticism. He is a mailbox regular and we are very happy to read more from him…

Youth football has a problem.

Not just the poor standard of pitches or the dearth of qualified coaches, it’s more fundamental than that.  The escalating violence of parents and players is threatening to kill the game at youth level.

Sounds melodramatic?  I can assure you it’s not.  I’m a referee at both youth and adult level and referees officer for one of the largest youth leagues in the country and every weekend I play a small part in dealing with these incidents.  Our league is probably not the worst – it covers one of the lowest crime areas in the country and does not include any large inner cities, yet on average we deal with 10-15 incidents every weekend, two-three which I would classify as ‘serious’.

Across youth football every weekend, parents fight on touchlines, officials are abused, threatened and assaulted and matches abandoned.  These are no longer rare or isolated incidents.  The usual response in some quarters is that football enflames passion and that a certain level of issues should be expected.  That it’s not possible to play football in a ‘sterile’ environment or that the abuse is “no different to what happens at most matches”.

However, unless we address these problems, the game is at risk.  Referee numbers are falling and most officials I know prefer refereeing in the adult game to youth football because there are comparatively fewer issues for match officials.  Without some serious action, I fear that we could soon see the first fatality of a match official in the UK.

The national FA seems unwilling to address this seriously – you can’t enforce a ‘Respect’ code at youth level when professionals behave like thugs towards officials on TV every weekend.  Similarly, until football administration wakes up to the severity of the situation and takes youth football discipline seriously these problems will continue to escalate.

Recognising that as volunteers running youth leagues, we have almost zero influence on the professional game, here are some suggestions on what could be done to try and improve the environment for everyone:

Ultimately, clubs need to take more responsibility for the behaviour of their players, managers and supporters.  I suspect that many F365 readers have some connection to youth football through children, relatives or a club.  If you feel strongly enough, consider becoming a referee.  We are human and despite the challenges, it can be tremendously rewarding on occasions.  The youth game needs more qualified match officials who are willing to help develop the next generation of players.If you’re at a match this weekend – we’ll be out there in the middle.  Why not take some time to thank the referee at your game for giving up their time (whatever you thought about their performance on the day).  It might just keep someone in the game and I can guarantee it will brighten their day.