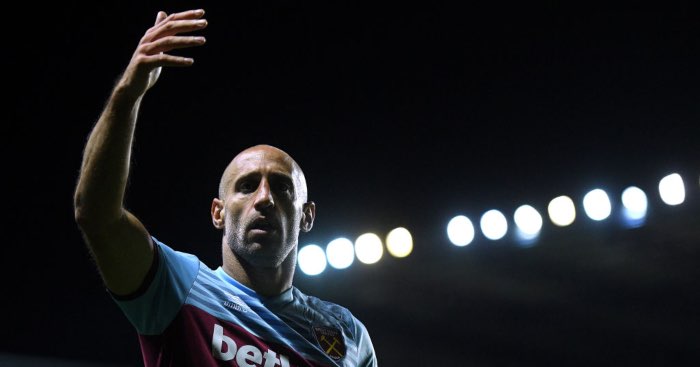 Pablo Zabaleta admitted West Ham were well below-par during their 4-0 defeat at Oxford and said sorry to the travelling supporters.

The Hammers were knocked out of the Carabao Cup in the third round at Kassam Stadium with the U’s scoring four times in the second half.

Manuel Pellegrini has taken responsibility for the defeat, amid anger from the Hammers fans.

West Ham were backed by 1,513 away fans, although most had left by the time the brilliant Shandon Baptiste dribbled into the area and curled into the corner in stoppage time to make it 4-0.

It followed earlier efforts by Elliott Moore, Matty Taylor and Tariqe Fosu as Oxford reached the fourth round for the first time in 22 years.

Stand-in captain Zabaleta told the official club website: “If you look at the performance, it’s not been anywhere near our standard and also in the way we lost was not good.

“Obviously we just need to move on now and look at the mistakes we have made and think about Saturday (away to Bournemouth).

“We return to the Premier League again and we don’t have too much time to recover. It’s only another 48 hours and we have another game and mentally we need to be strong for Saturday.

“We feel sorry about the performance and sorry to the away fans who came to the game because obviously we don’t want our fans to see this kind of performance. It was just a bad night.”