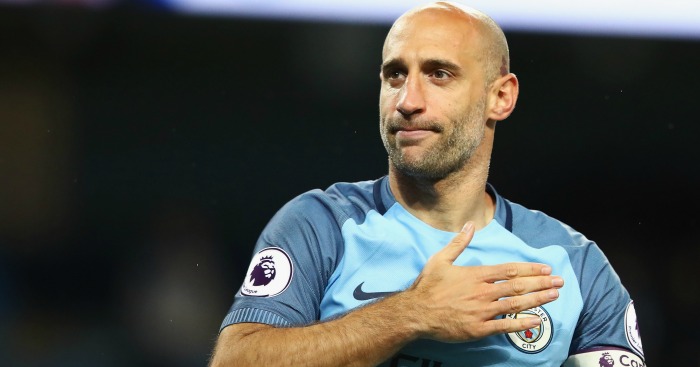 The Argentina full-back will join the Irons on a two-year deal from July 1, when his contract with Manchester City expires having been released at the Etihad Stadium.

“This is an absolute pleasure to be part of West Ham. I hope I can give you good moments. Of course, I come to the club to enjoy myself and hopefully we can have a very successful time,” Zabaleta told West Ham TV.

Zabaleta made more than 200 appearances for City following a move from Espanyol in 2008.

During his time at the Etihad Stadium, the full-back won the Premier League twice as well as the 2011 FA Cup and two League Cups.

The 32-year-old revealed he turned down offers from Italy, Spain and also elsewhere in England to sign up with the Hammers.

Zabaleta is confident he can continue to deliver following his move to the London Stadium.

“Sometimes a new challenge is all you need as a person and as a player. I thought my time at City was done. It has been a fantastic nine years, absolutely brilliant,” he said.

“Manchester City gave me the opportunity to come to this wonderful league, the Premier League, something I’ve been enjoying a lot as a player. And, of course, for me it was probably the right time to move on.

“Also, as a player, I thought I wanted to keep playing in the Premier League.

“For me, after being in this country for so long, this is a new challenge for me in the Premier League and I’m ready for it and looking forward to it.”

Zabaleta is the first major summer signing by Irons boss Slaven Bilic, who is determined to improve the squad next season as the east London club look to build on a mid-table finish.