Home Manchester City Zabaleta heads to Roma; we will miss him 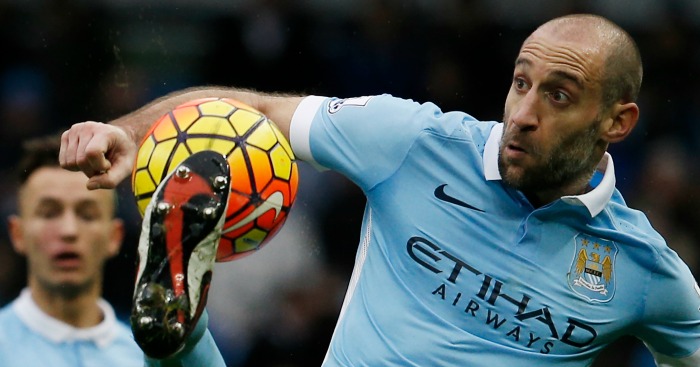 Manchester City right-back Pablo Zabaleta is reportedly on the verge of sealing a £2.5million switch to Roma.

Zabaleta has 12 months remaining on his contract with City and despite being offered an extension, reports in Italy claim the 31-year-old is closing in on a move to Serie A.

The Argentina full-back made 13 appearances last season having fallen behind Bacary Sagna in the pecking order and is said to be becoming worried over his prospects at City as Pep Guardiola takes charge.

Ankle surgery ruled Zabaleta out of this summer’s Copa America and Gazzetta dello Sport says the former Espanyol defender is “very close” to joining Roma on a multi-year contract.

Zabaleta admitted in April that he would have to consider his City future this summer.

“I’m so glad for him because he’s a great lad, a great player and also he’s given me a chance to have some rest thinking about the future.

“I have just one more year here (on my contract) and we’ll see what happens at the end of the season. We expect big changes at the club with a new manager coming in.”