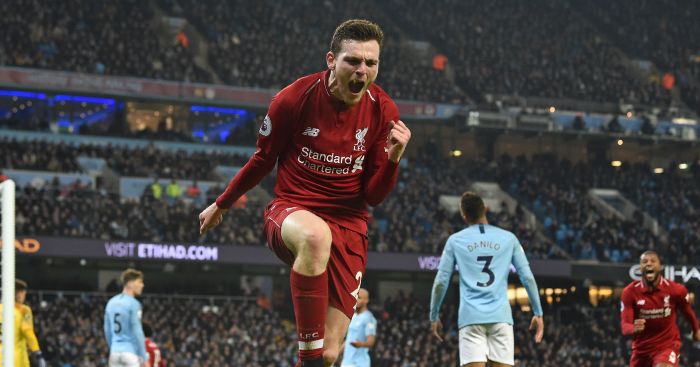 Pablo Zabaleta expects Manchester City and Liverpool’s title battle to go to the wire – and is hoping his old club can prevail.

City kept up the pressure on the Premier League leaders as they claimed a hard-fought 1-0 win over Zabaleta’s current side West Ham on Wednesday.

Sergio Aguero’s second-half penalty proved the difference between the two sides at the Etihad Stadium, ensuring quadruple-chasing City stayed within a point of the Merseysiders.

Zabaleta, who won two league crowns with City, said: “It looks like it will be between City and Liverpool until the end.

“I know it is going to be tough. Liverpool seem like they are also really focused on the Premier League and they won 5-0 against Watford. But obviously I wish for Manchester City to win.

“It is always special to come back to the Etihad. I wish them all the best until the end of the season. There are still three big competitions to play for and I hope they can win all of them.”

Former City right-back Zabaleta was given a huge ovation as he appeared as a second-half substitute, while the the club’s former manager, Manuel Pellegrini, was also given a good hand.

“It was really special,” said Zabaleta, who was given a lifetime season-ticket at City when he left in 2017. “I am always happy to share the love from Manchester City fans. I spent nine seasons here at the club and so that was a really nice moment.”

City were deserved victors having dominated play. They racked up 20 attempts on goal compared to West Ham’s two and enjoyed 76 per cent possession.

Yet the Hammers’ dogged defending frustrated them and it was not until the introduction of Bernardo Silva off the bench they made the breakthrough.

The Portuguese won a penalty just before the hour and Aguero took advantage from the spot, netting his 25th goal of the season.

Zabaleta said: “Our plan was to try to be defensively good enough and don’t give them some chances, make it difficult. I thought we did quite well.

“Overall I think they were a better team but we were always in the game and I think it was a good performance.”