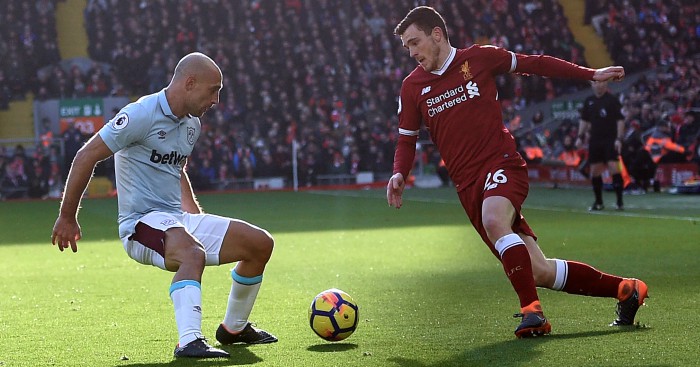 Pablo Zabaleta is keen for West Ham to “move on” and forget about being outclassed by Liverpool at Anfield.

The Hammers were soundly beaten 4-1 on Saturday, with only the hosts’ wastefulness between David Moyes’ side and a more resounding beating.

Jurgen Klopp said Liverpool “were a joy to watch for everybody” but Zabaleta did not relish his meeting with the Reds.

“Every time you play against top teams they have good quality up front and you have to make the perfect game to get something against the top sides,” the defender told the West Ham website .

“As a team they are very intense, they kept coming forward and they can score goals. It’s time to move on and just think about the Swansea game.

“Swansea are three points behind, everything is so tight at the bottom half of the table, and we need to win the games like this Saturday’s at Swansea.”