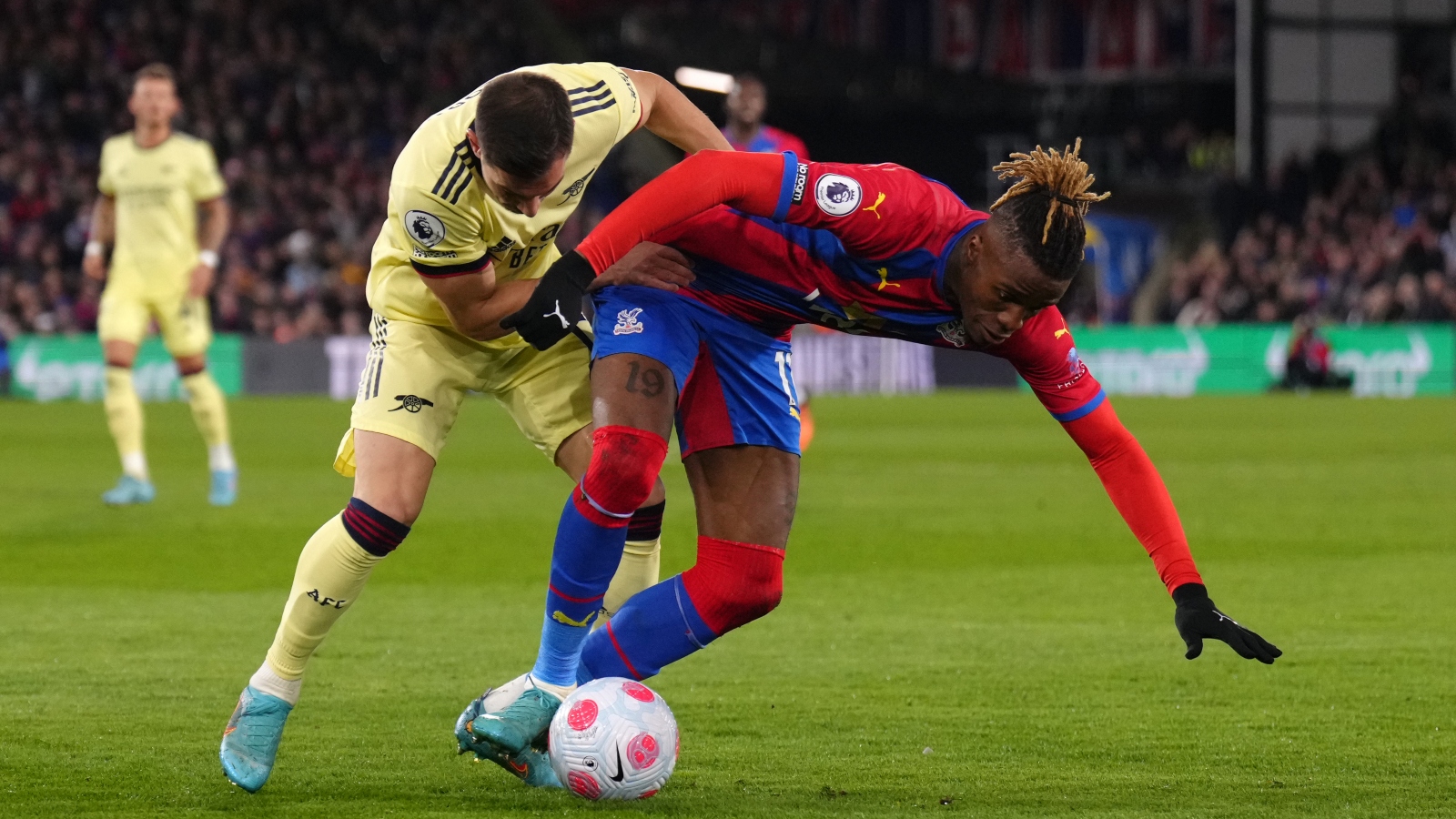 Cedric Soares ‘couldn’t get near’ Wilfried Zaha during Crystal Palace’s 3-0 battering of Arsenal, according to Darren Bent.

Zaha was on top form against the Gunners, despite being an injury doubt for Monday night’s Premier League match.

It was a poor evening for Mikel Arteta’s men who have now surrendered their place in the top four to arch-rivals Tottenham.

Arsenal’s back four had a tough night against an in-form Palace side, who raced into a two-goal lead after 24 minutes.

Lee Dixon criticised Nuno Tavares, Ben White and Gabriel for their part in the first two goals of the match.

“Look at Ben White’s position,” said Dixon. “He’s following Mateta, then all of a sudden he goes towards the ball and leaves him. He then has a free header inside the six-yard box. It can’t happen. Stay with your man! Things like that tell me they’re not switched on.

“It’s one of the balls in where you say ‘Oh, Gabriel has made a mistake’. You got to win the ball. The defending is absolutely shocking.

“The back four are in a decent position. As soon as Ayew starts to make his run inside, then Tavares has to step into him, don’t step back. He steps back, Tavares. He doesn’t do that and drops too deep.

“That just enables Ayew to run into the gap. Then Gabriel has to win it. If you are the last line of defence, you have to be 100% sure you are going to win the ball, he doesn’t and is out of position.”

And former Tottenham striker Bent has singled out the other member of Arteta’s back four, Cedric, saying that he was bettered by Palace talisman Zaha.

“(Zaha) is one of those players that I call bullies,” Bent told talkSPORT (via HITC).

“Because, once he knows he’s got the full-back, he knows he can do what we wants with him. He just toys with him.

“Cedric tried a couple of times to get tight to him, to make it difficult. But, in the end, he just knew; ‘I can’t get anywhere near him’.”