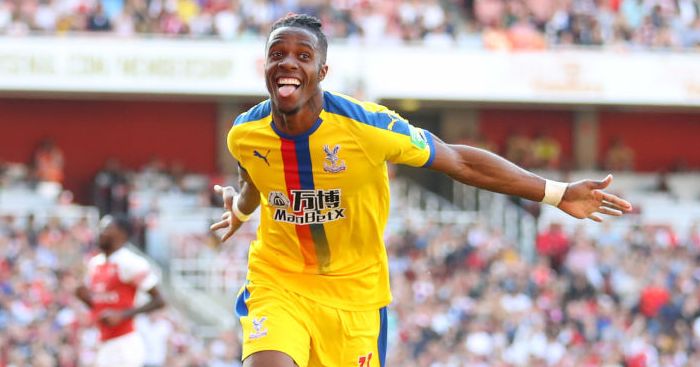 Wilfried Zaha has ‘urged’ Crystal Palace to ‘reach an agreement’ with boyhood club Arsenal this summer.

Zaha has emerged as one of Arsenal’s main targets in this transfer window as they look to stretch a reported £45m budget well beyond comprehension.

The winger reportedly met with Palace in May to explain his desire to leave the club after five years.

A month prior, Zaha declared that he was “too ambitious” to stay at Selhurst Park for much longer.

And the Ivory Coast international has now told Palace of his ‘desire’ to move to Arsenal, the club he supported as a boy, specifically.

The Daily Mail say that Zaha has ‘pleaded’ with Palace to sanction a move, despite the south London club’s reluctance to lose both him and Aaron Wan-Bissaka in the same transfer window.

With Wan-Bissaka’s move to Manchester United almost complete, it seems as though Zaha may be stuck at Palace.

Their valuation of £80m is also far beyond what Arsenal are willing to pay, with Zaha ‘hoping that Palace chairman Steve Parish will lower the club’s demands to make his dream switch a reality’.