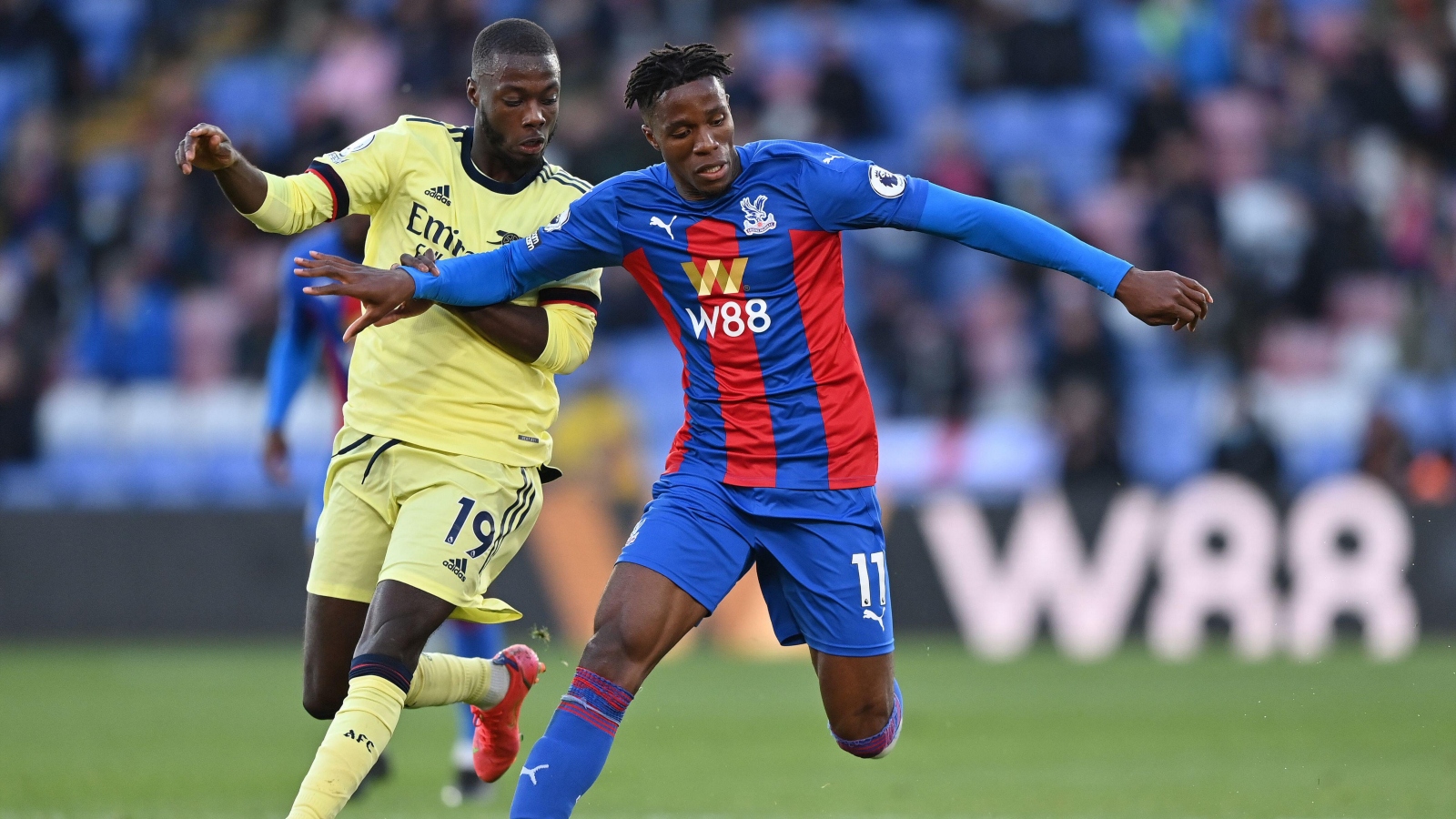 Wilfried Zaha insists it’s not been difficult to block out transfer speculation as he remains totally “focused” on performing well for Crystal Palace.

The 29-year-old made it four goals in as many games on Tuesday as his stunning effort earned Palace a 1-1 draw against Brentford.

The winger also scored a career-high 14 goals last season under Patrick Vieira, and although they took time to emerge this summer, there are plenty of rumours surrounding Zaha’s future once again.

Both Arsenal – who came close to signing Zaha before they plumped for Nicolas Pepe in 2019 – and Chelsea have been linked with a move for the Ivorian.

Chelsea were reportedly in talks with Palace earlier this week over a £30m move, while Arsenal have been keeping tabs on his situation as they struggle to persuade Wolves to part with Pedro Neto.

But Zaha insists his focus hasn’t been negatively impacted by the renewed speculation.

Zaha said: “It’s not been difficult at all (to remain focused).

“I’ve just been focused on Palace and every game. So it’s not been difficult at all. I go into training, I get on with it and I enjoy it. So I’ve been focused.

“It’s massive, we’ve got a massive understanding everyone literally understands me. It’s different, it’s hard to explain but it feels like a family here. That’s the understanding we have.”

Despite reports of negotiations between Chelsea and Palace over Zaha, football.london now claim the Blues have ‘handed Arsenal a major Zaha boost’.

What’s the boost? The reports states: ‘The deal is now very unlikely between the Blues and Crystal Palace’.

That may very well be because Palace have told Chelsea he’s not for sale, in which case it’s not such a boost for Arsenal, but whatever.

Zaha claims Palace should have gone for the kill against Brentford after Yoane Wissa’s 88th minute goal denied them all three points.

A frustated Zaha added: “I’m lost for words man. Listen, one lapse in concentration it just ruins all the hard work. We literally just had to keep it tight.

“It’s like as soon as we went in the lead we just started to defend. I don’t see why we do that. If we just continue pressing on I feel like we could’ve got a second and it just ends the game. We just killed ourselves in the end.

“I feel like our problem right now that in due time we’ll fix is just last minute goals it just throws away the whole performance.

“Today was by far not a best performance but a game like that I feel we should be getting all three points.”