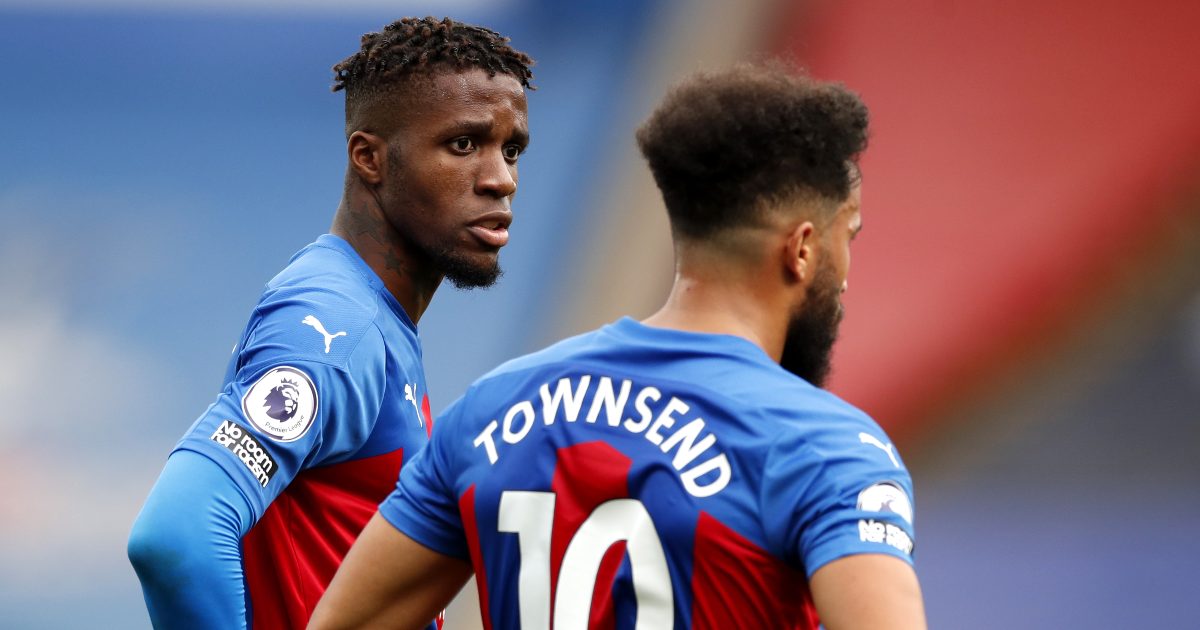 Reported Tottenham and Arsenal target Wilfried Zaha “wants to be winning trophies”, according to Andros Townsend.

Zaha rejoined Crystal Palace in 2015 on a permanent deal from Manchester United. He has consistently been one of their best players since he made his return.

The forward enjoyed his best season numbers-wise in 2020/21 as he netted eleven times in the Premier League from his 30 outings.

Zaha came close to joining Everton in 2019. A £70m offer plus Cenk Tosun and James McCarthy was on the table. But the Toffees eventually opted to bring in Arsenal’s Alex Iwobi.

The Ivory Coast international is attracting interest from several of Palace’s Premier League rivals. According to reports from GOAL and 90min, Tottenham, Arsenal and Everton are all keen to bring him in. Palace value their prized asset at around £40m.

Zaha recently revealed to The Face that his “dream” is to win silverware:

“I’m good enough to go out there and compete with the best.

“If the opportunity came, I wouldn’t turn it down, because I feel like I deserve it. It’s so I can show my kids: ​’This is what daddy won’.”

Townsend has told talkSPORT that he would like to see Zaha “shine” on the biggest stage: