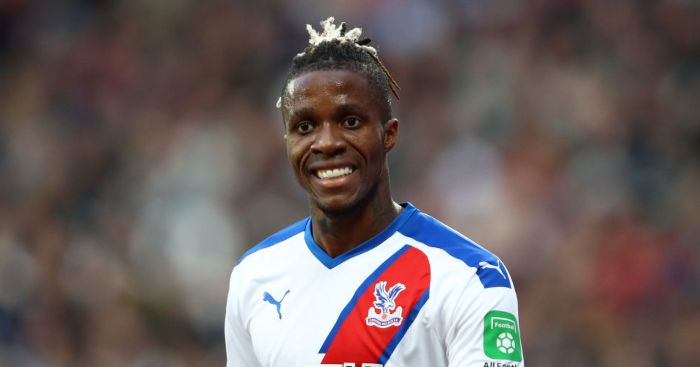 Wilfried Zaha’s agent has stoked the flames of a potential January move away from Crystal Palace after insisting he “deserves a new challenge”.

Zaha wanted to leave in the summer and move to a Champions League club – with Arsenal leading the race for his signature – but was forced to stay put at Selhurst Park as they could not meet Palace’s demands.

His agent, Federico Pastorello, believes the Ivory Coast international could feature in a busy window next month.

“I think he really deserves a new challenge and a top club, because he is really a top player,” Pastorello told Sky Sports News.

“It is surprising me because I read about a possible move in the summer but he stayed again.

“But this season he is proving that he is very focused and concentrated, so think he could be another good opportunity in the January market.

Pastorello is expecting Tottenham, Manchester United and Chelsea to be heavily involved in the transfer window.

“There have been a lot of changes in the Premier League in terms of managers,” he said.

“Sometimes when you do that you need to face his needs tactically. So expect maybe Tottenham being a bit more protagonist in the market, maybe Manchester United too.

“Let’s see what happens in Chelsea too, because the ban is not sure. If they remove that they may need to do something. In Europe there are some clubs like Inter and AC Milan that maybe need to improve their squad.”