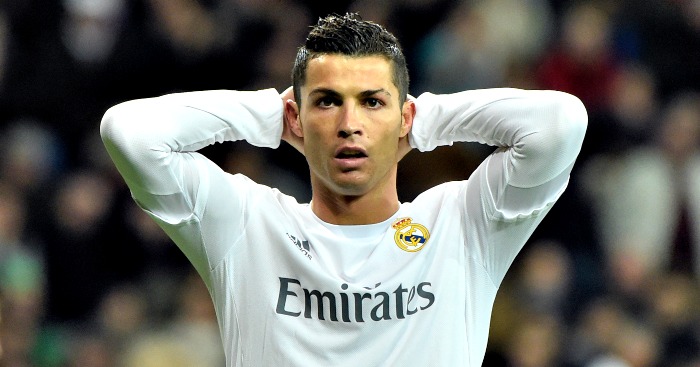 Real Madrid manager Zinedine Zidane and defender Sergio Ramos have backed Cristiano Ronaldo after he was booed by his own fans on Tuesday.

Striker Ronaldo scored in Real’s 2-0 victory over Roma on Tuesday, a win which sealed their progression to the Champions League quarter-finals.

But the Portuguese was booed by his own fans at the Santiago Bernabeu, having scored with just one of his 14 shots on goal.

The 31-year-old is struggling for form massively this season, scoring only 40 goals and assisting a further 13 in 36 appearances.

“I would tell the fans to think a little first,” Ramos told Spanish newspaper Marca after the game. “I respect them but when things don’t go well they should support their players because we all want the best for Real Madrid.

“He’s a historic player for Real Madrid, he keeps proving that year after year, look at what he’s achieved.”

Manager Zidane added: “It will only motivate him. The important thing is that every time Cristiano is on the pitch he wants to score and he keeps doing it.”