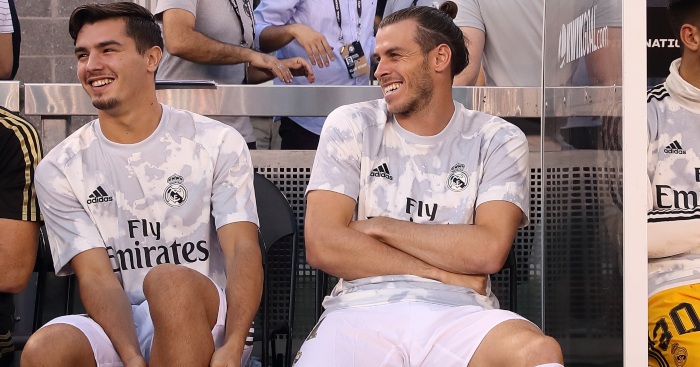 Zinedine Zidane says he will not stop Wales star Gareth Bale from playing golf in his spare time.

Bale – who will miss Real Madrid’s La Liga home match with Espanyol on Saturday through injury – admits playing golf is his passion and that his team-mates have nicknamed him ‘The Golfer’.

Wales are set to prevent Bale from playing golf during Euro 2020 next summer, with manager Ryan Giggs insisting the players’ focus must be on football and not other activities.

And Zidane was asked at his pre-match press conference whether Real would follow suit and stop Bale from spending time on the golf course when he is in Spain.

“I’m going to give you my reply, the club might say something different,” Real manager Zidane said.

“I’m not going to stop any of my players from doing anything in their free time.

“They are older and each one knows what he has to do.”

Gareth Bale just does not care any more. Great to see.

In that time Bale, who was troubled by a calf injury, started four games for Wales as the Dragons secured Euro 2020 qualification.

Bale has now suffered a fresh fitness blow, his latest injury coming after the player’s agent Jonathan Barnett said his client – who has had a difficult relationship with Zidane – is “not ecstatic” at the club.

“It (the injury) occurred in the Alaves match,” Zidane said.

“We had two and a half days of rest and on the way back he suffered.

“That’s why he hasn’t trained with us. He did a little bit of training (on Friday), but not with us.”

Eden Hazard is set for a spell on the sidelines after damaging his ankle in a recent Champions League game against Paris St Germain.

Zidane said Hazard’s injury was “more serious than expected” and he will be out until the new year.

“The important thing is to be good all season – from beginning to end,” Zidane said.

“What we intended was to start well and continue this way until the end.

“The stretch until Christmas is very important for us.”