Home All The News Zidane discusses ‘complicated’ deal for Fabregas 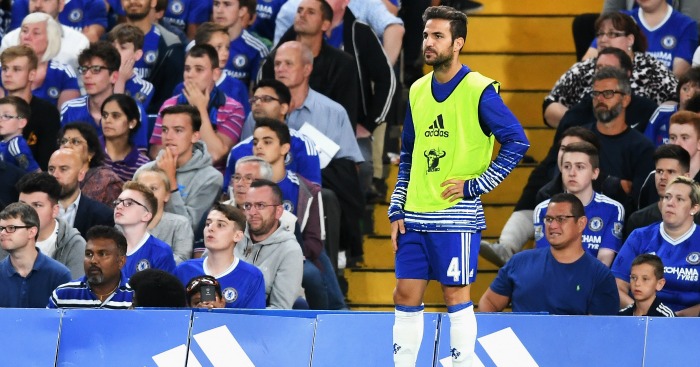 Fabregas’ future at Stamford Bridge has been the subject of much speculation after Antonio Conte left the Spaniard out of his starting XI for the 2-1 victory over West Ham.

Real Madrid have been one of the clubs linked with a move for the 29-year-old, but Zidane suggests he already has enough midfield options at his disposal.

“If you want to put another central midfielder into the mix then it becomes complicated,” he said.

“Cesc is a great player but it is not very straightforward. I am going to end up with a squad where three or four players do not get selected. To therefore put another player in there makes it difficult.”

Meanwhile, Real boss Zidane has also ruled out the prospect of the club selling James Rodriguez.

Colombia international James has been continuously linked with a move to the Premier League – albeit extremely tenuously – but Zidane insists he will be staying at the Bernabeu.

“James is here, I am happy with how he played and he will be staying here,” Zidane said. “I will always respond in the same way to that. I’m tired of having to give a response. My stance is not going to change.”