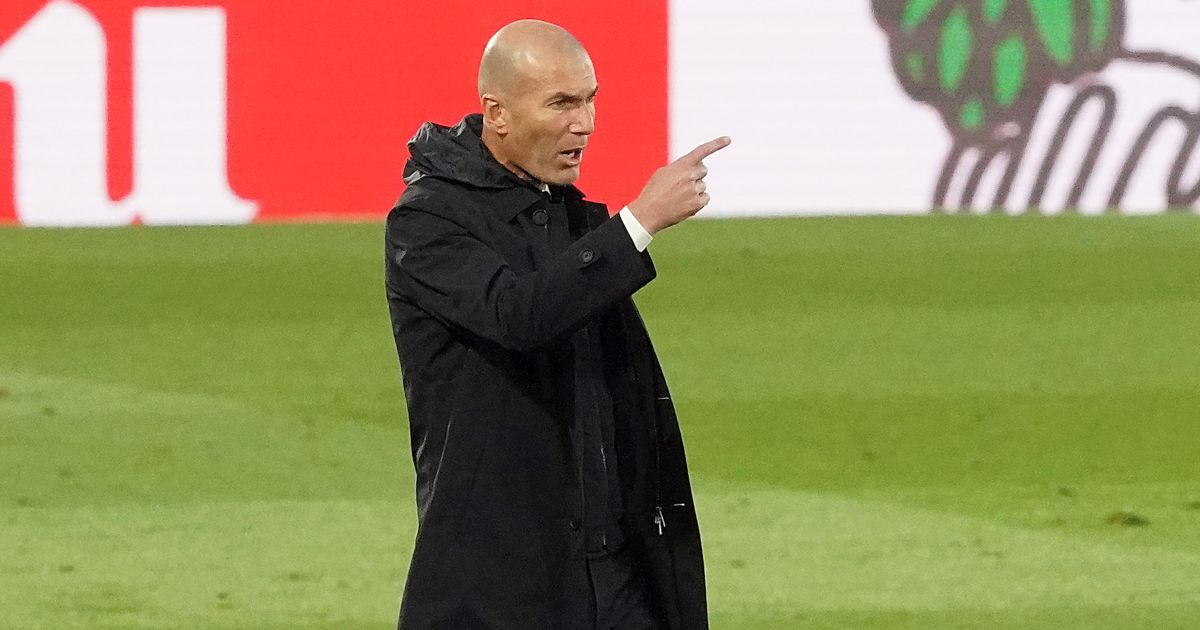 Former Real Madrid boss Zinedine Zidane has no intention of taking the Man Utd job any time soon, according to reports in Spain.

Ole Gunnar Solskjaer is currently under huge pressure to turn around the Red Devils’ fortunes on the pitch after recent back-to-back home losses to Liverpool and Manchester City in the Premier League.

Man Utd have now lost four of their last six matches in the league and have only won three of their last ten fixtures in all competitions.

Their poor form means they are now sixth in the Premier League table and nine points off leaders Chelsea, who they were expected to challenge for the title this term.

The Manchester Evening News reported on Wednesday that the Man Utd board had privately decided that it was time to change their manager but could leave it until the summer unless the right candidate appeared.

There was a report earlier in the week which suggested Zidane was ‘warming’ to the idea of taking over from Solskjaer this season with the ‘lure’ of the club helping to convince him.

But now Spanish newspaper Mundo Deportivo claims that although Zidane has been ‘tempted’ by the interest shown in him by Man Utd, the Real Madrid legend ‘is not thinking of going back’ into management ‘right now’.

It is claimed that Newcastle United also ‘thought of the Frenchman’ to be their leader of a ‘new Pharaonic project’ – but Zidane’s ‘first option remains to occupy the French bench in the short future’.

As well as the France national team job, currently occupied by Didier Deschamps, Zidane wouldn’t ‘rule out the PSG bench given that it means returning to his country and in a city like Paris where he has so many family ties.’

Bild journalist Christian Falk yesterday claimed something similar with the German insisting Zidane had told Man Utd that he was not ready for a job in the Premier League and preferred to wait until the summer.