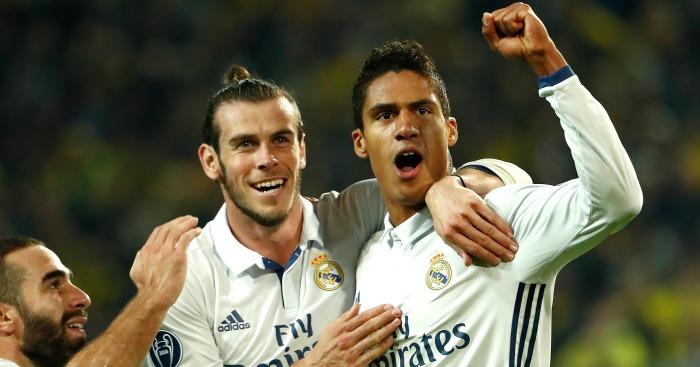 Zinedine Zidane has outlined his hopes for Raphael Varane to stay at Real Madrid.

Real were left stunned when Varane’s ‘desire’ to leave was revealed by L’Equipe last month.

The centre-half has reportedly informed teammates that he wants to depart the Bernabeu, and with Manchester United one of his potential suitors, a swap deal with Paul Pogba could appeal.

But Zidane insists he has no plans to let Varane go, having played a key role in his Real arrival from Lens in 2011.

“I don’t want that,” he said when asked about the possibility of Varane leaving.

“He’s a very young player, he has been here for eight years and he is doing really well. These things happen in life, but he looks good to me. He hasn’t said anything.

“The important thing is what the player says to me and at the moment he’s at the best club in the world. He has won a lot and he seems fine to me.”