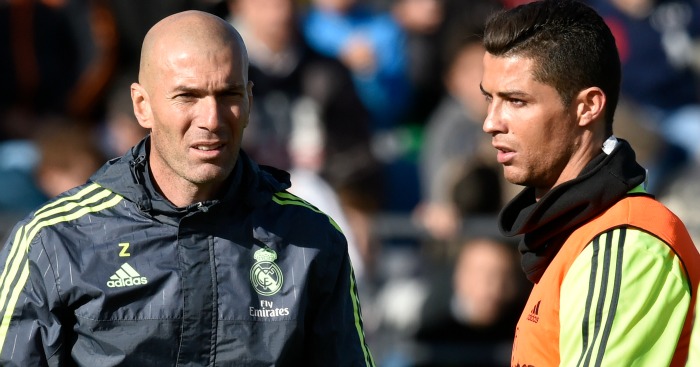 Cristiano Ronaldo is the best player in the world, according to his Real Madrid coach Zinedine Zidane.

The Frenchman – a three-time winner of FIFA’s World Player of the Year prize himself – put the Portuguese ahead of Barcelona star Lionel Messi as the greatest player on the planet in an interview with Mexican newspaper Record.

“People can say what they like about Cristiano Ronaldo, but in his heart he’s a good person. Messi is the rival and that rivalry is great for the footballing spectacle, it’s what the fans want to see.”

Zidane’s predecessor as Real coach, Rafael Benitez, was criticised by the Spanish media when he said it was sufficient to describe Ronaldo as “one of the best”.

Ronaldo has so far scored 19 goals in La Liga for Real, who trail Barcelona by four points and have played a game more than the Catalan giants.

Zidane, who replaced Benitez at the Bernabeu last month, admits he now has a greater understanding of the stress and pressure which comes with being Real coach.

“It’s always the manager’s fault if the team lose,” he added in Record.

“But you have to accept that responsibilty, with all the good and bad that comes with it.

“The main thing is getting my message across to the players. I only give them two or three instructions because they’re extremely professional. I have a sensational group of players, I’m delighted with the work they’re doing.”