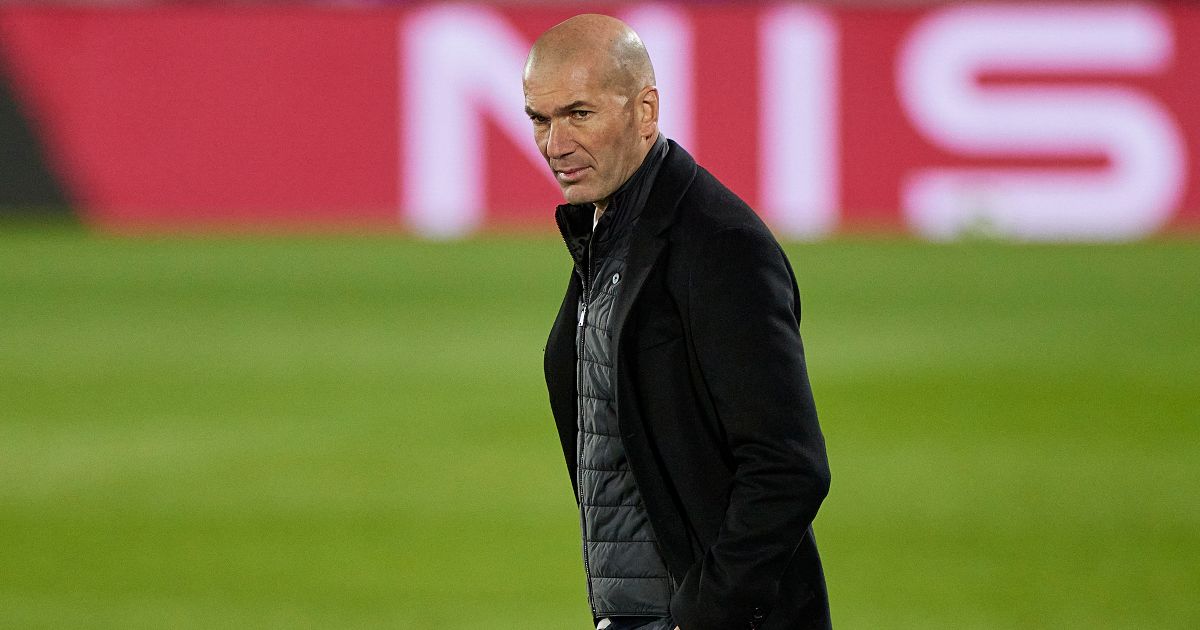 Zinedine Zidane has reportedly been approached by Manchester United but has informed the club he will not be available to take the reins from Ole Gunnar Solskjaer until the end of the season.

Solskjaer is under huge pressure at Old Trafford after a string of poor performances and results, including losses to rivals Manchester City and Liverpool.

READ MORE: How Ole Gunnar Solskjaer would manage every other Big Six side

A report on Wednesday claimed the United bosses had accepted the need to find a new manager.

Manchester Evening News reporter Samuel Luckhurst said that ‘United have privately decided a change of manager will be required following the morale-crushing defeats to Liverpool and Manchester City.’

That report claims Rodgers is understood to be their ‘preferred candidate’ but ‘it is still unclear when the club intends to sack Solskjaer as they mull over an arrival time for a replacement’.

But there are plenty of rumours surrounding Real Madrid legend Zidane, with reports in the last week claiming United had ‘stepped up’ their approach, had a plan to ‘lure’ him to the club, and that Zidane was ‘warming to the idea’.

And now BILD journalist Christian Falk has confirmed that United ‘had the idea of Zinedine Zidane as new manager’, but claims the 49-year-old ‘let the board know that he doesn’t feel ready for the Premiere League at the moment and prefers to take a break until summer’.

TRUE✅ @ManUtd had the idea of Zinedine Zidane as new manager. Zidane let the board know that he doesn’t feel ready for the Premiere League at the moment and prefers to take a break until summer pic.twitter.com/Lz72nDaMDu

“I know Brendan would jump at the job,” Cascarino said. “I say, ‘I know’ – Brendan, if he was listening, would probably say, ‘How would you know?’