Home All The News Zidane questioned over Pogba and Bale speculation 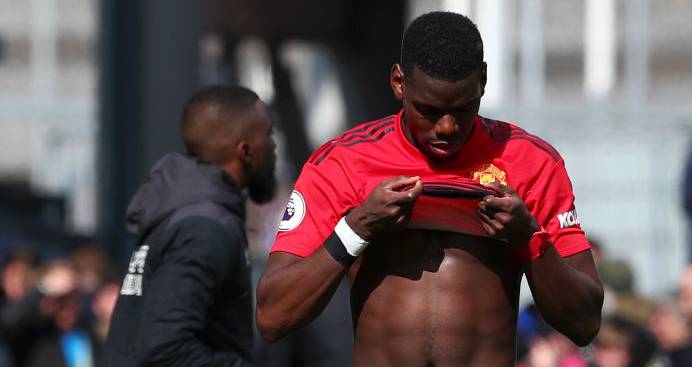 Zinedine Zidane has dismissed speculation concerning Gareth Bale and Paul Pogba in the build-up to Real Madrid’s penultimate LaLiga game of the season at Real Sociedad.

Zidane remained tight-lipped over the latest developments involving the Welshman, whom reports suggest will reject a move this summer despite being told he is no longer part of the club’s plans.

And Zidane also shrugged off persistent suggestions his club are to launch a bid to prize France star Pogba away from Manchester United.

Responding to a question regarding the reported comments made by Bale’s agent, Zidane told a press conference: “I don’t want to answer that because I’m the Real Madrid coach and he’s just doing his job.

“I need to be thinking about tomorrow’s game and us performing well. We’ve had a good week of preparations and what I’m concerned about is that we have a good game to be involved in.”

On the situation regarding Pogba, Zidane replied: “Every coach and football lover likes good players. He’s a Manchester United player and I’m not going to discuss signings with you.”

Zidane, who expects to have Karim Benzema available after injury, also appeared to take a swipe at rivals Barcelona after their midweek Champions League capitulation to Liverpool.

Despite insisting rival coach Ernesto Valverde has done a “tremendous job” with Barca, Zidane stressed his own club’s record of four titles in the competition in the last five seasons.

Zidane said: “Nobody can take away what we did in the Champions League in the last few years.

“The Champions League, as we’ve seen this year, is really tough. It’s a competition where anything can happen. It was a real struggle to win it and that’s why we place such value on these four Champions League crowns.

“He (Valverde) has done a tremendous job so far. I’m nobody to say whether it (the criticism) is justified or not. He knows how things work.”

Zidane confirmed French striker Benzema has trained all week with the team and is expected to return to the starting line-up after missing out recent matches due to injury.

Meanwhile, Real Sociedad coach Imanol Alguacil knows the importance of Sunday’s fixture as his side look to leapfrog rivals Athletic Bilbao and put themselves in the frame for European qualification next season.

Alguacil said his side are relishing the opportunity of taking on Zidane’s men after a frustrating campaign in which injuries to a number of key players have taken their toll.

Alguacil told a press conference: “For me as a coach, and certainly my players too, we love these kinds of matches because we are always talking about Real Madrid.

“We have had an irregular and complicated year to do injuries, but I wish every year we had the chance to fight for seventh place with only two matches left to go.”