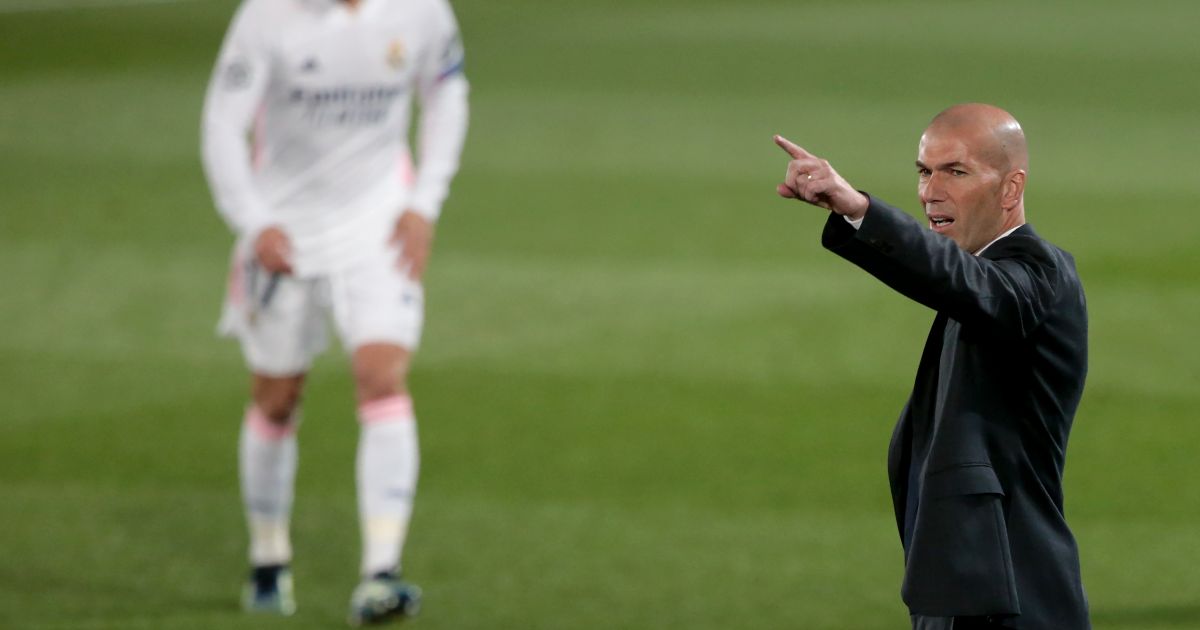 Zinedine Zidane says Real Madrid “need to be ready” in the second leg of their Champions League quarter-final as he is expecting Liverpool to “leave all they have on the pitch”.

A brace from Vinicius Junior and another goal from Marco Asensio sees Real Madrid take a two-goal lead into the second leg next week after a 3-1 victory over Liverpool.

Jurgen Klopp’s team famously came from 3-0 down to beat Barcelona in the semi-final on their way to winning a sixth European Cup two years ago and the task in the last-eight second leg at home is likely to be just as difficult.

With no fans inside Anfield to produce that special European atmosphere and a team performing at a significantly lower level than in 2019, even an away goal given to them by Mohamed Salah’s 26th in 44 Champions League matches may not be of much help.

Talk of revenge for their 2018 final defeat to Real had been banished pre-match but in truth they hardly came close to laying a glove on the 13-time champions.

But Zidane is expecting Liverpool to be much improved in the second leg at Anfield next Wednesday.

“Liverpool is the opponent and we know they are going to leave all they have on the pitch, I have no question about that,” Zidane said.

“We just need to be ready and it is going to be a very good second leg match. We will need to do the same thing in the second leg.

“There is a long road ahead and we are alive. Today is the first leg but we’ll know we’ll have a second leg and our idea is to think that we go into that and the result will be 0-0.

“For us, we are happy but we have another complicated game for the second leg.

“These two sides are quite offensive and we knew we could hurt them from that aspect, so we prepared properly.

“The first goal was quite beautiful with a wonderful pass from Toni [Kroos].”

Real Madrid are playing all their home matches at the 6,000 capacity Alfredo Di Stefano Stadium while the Santiago Bernabeu is renovated and Klopp thought it was a “strange” place to play.

Speaking after the match, Klopp said: “This here tonight was really strange because it was a difficult situation in the stadium, but Anfield is at least a proper stadium and that will be good for us.”

However, Zidane wasn’t bothered by the German’s comments: “I don’t have an opinion about what Jurgen says, we are proud to play in this stadium.”