Home All The News Zidane: Ronaldo ‘more than non-transferable’ 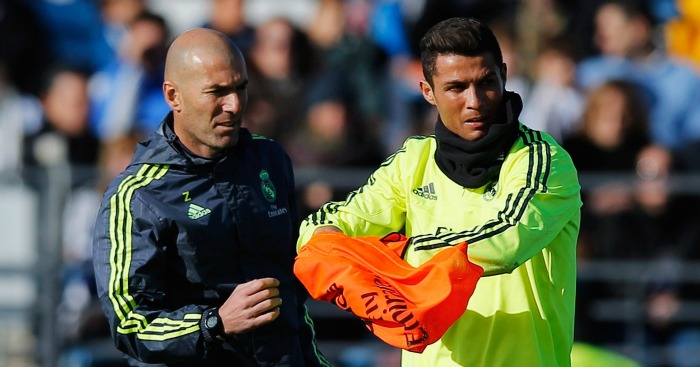 Zinedine Zidane has tried – presumably in vain – to stop rumours linking Ronaldo with an exit from Real Madrid.

Reports in Spain, England and France persistently link the Portuguese forward with either a return to Manchester United or a move to PSG.

Zidane, who has taken over from Rafa Benitez as manager at Real Madrid, was pretty clear when asked about Ronaldo’s possible exit.

“Cristiano is more than non-transferable,” said the Frenchman.

“He is the soul of this club and the stories make me laugh because while I’m here he is not going to leave.”

Ronaldo back to Man United? Here are five reasons why it could happen https://t.co/HmDva0Ip8D pic.twitter.com/8v33nC1WzB