Home All The News Zidane shuts down Varane-Man United rumours 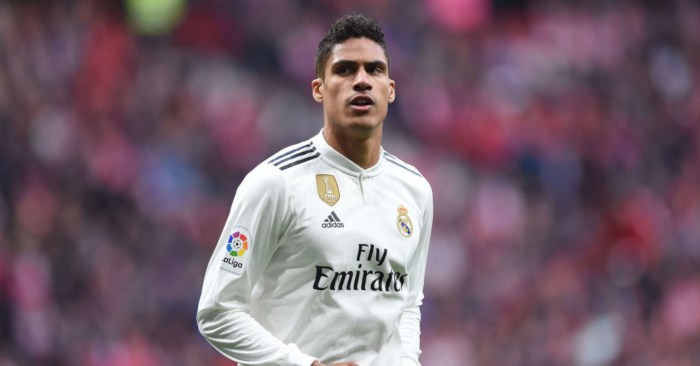 The defender came through the ranks with French side Lens. He made 23 appearances for them in 2010/11 before Real Madrid signed him in June 2011 for around €10m.

Varane is at the start of his tenth season with the Spanish giants. The 27-year-old has now spent several years as Sergio Ramos’ partner at centre-back.

F365 FEATURES: Jones plight shows that football has a lot of learning to do

He has made over 300 appearances for Madrid. In that time he has won the Champions League four times, and La Liga on three separate occasions.

Man Utd were said to be interested in Varane back in 2011 before he joined Madrid. Reports have recently emerged that they are targeting him again to amend their defensive issues.

But Zidane has acted quickly to squish these rumours. In an interview cited by the Daily Star, the Madrid boss suggested that Varane is still an integral part of his plans:

“He is part of this club, and we were very lucky to be able to bring him to Madrid.