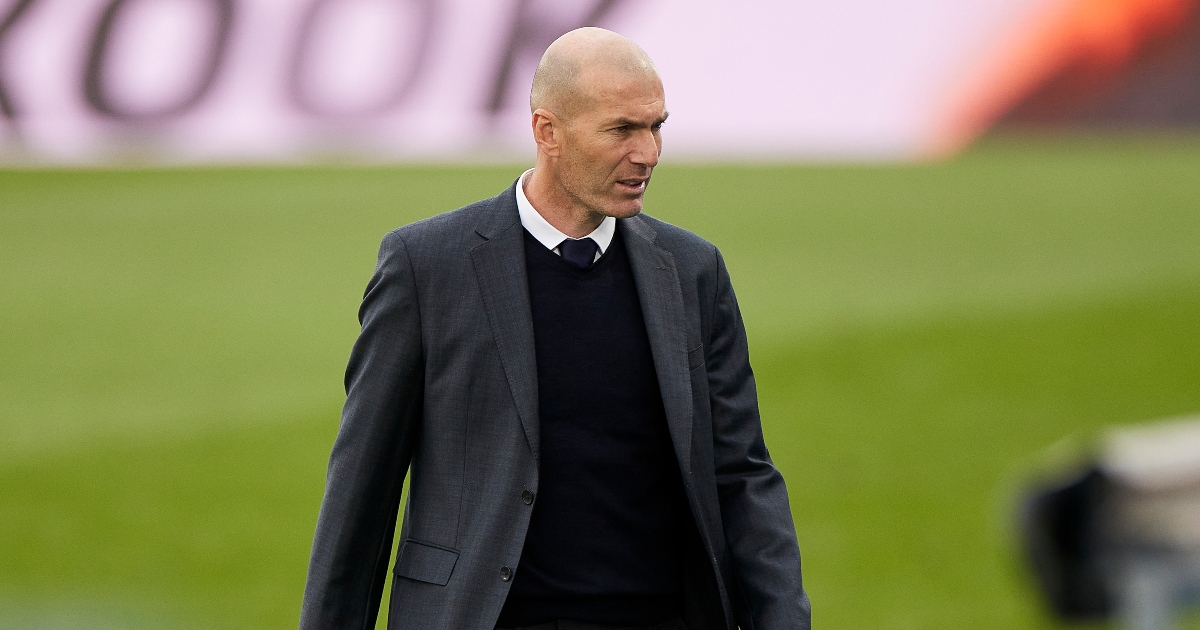 Paris Saint-Germain players believe Zinedine Zidane ‘is about to appear in Paris’ amidst current boss Mauricio Pochettino’s links to Manchester United, according to reports.

Following the sacking of Ole Gunnar Solskjaer as Red Devils boss, both Zidane and Pochettino have been linked with the job at Old Trafford.

Zidane has reportedly rejected the chance to manage the English giants as he has his eyes set on the Ligue 1 side or the France national team.

Pochettino, on the other hand, is open to a move, and the United hierarchy are long terms admirers of the Argentine manager.

And if the former Tottenham boss leaves, the four-time Champions League winning manager is a likely contender to take up the hot seat at the Parc des Princes.

Amidst all of the rumours surrounding Pochettino and Zidane, Marca claim ‘the idea is circulating’ in the PSG dressing room that the Frenchman ‘is about to appear in Paris’.

The report adds: ‘In different conversations between PSG players his name has appeared. They know the club and they sense that something could happen.’

Meanwhile, TalkSPORT’s Alex Crook is reporting Cristiano Ronaldo has been taken aback by Man Utd’s current standards compared to his first spell at the club.

He adds that the attacker’s agent – Mendes – grilled Woodward about the state of United.

“His agent, Jorge Mendes, got in touch with Ed Woodward in the aftermath of the Watford defeat and said, ‘What are you going to do about this?’

“Because Ronaldo, I know, has been absolutely flabbergasted by the drop in standards from when he was last at Old Trafford under Sir Alex Ferguson.”