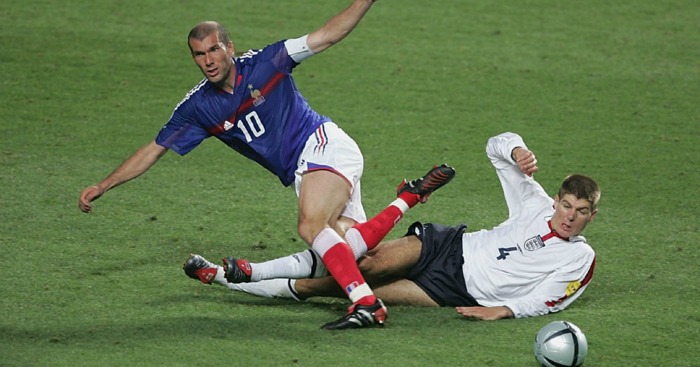 Zinedine Zidane admits he wanted Real Madrid to sign Steven Gerrard from Liverpool so he could play alongside the former Reds captain.

Gerrard was linked with a move to the Bernabeu throughout his career and revealed that Jose Mourinho tried to buy him during the Portuguese’s spell at Los Blancos.

And according to Real legend Zidane, who now manages the club, only Gerrard’s loyalty to the Reds prevented a transfer.

“For a time he was the best midfield player in the world,” Zidane told Shortlist.

“I told Madrid I wanted to play alongside him, but he was loyal to Liverpool.

“That was lucky for them, because he was a pleasure to watch and the complete midfield player.”

The Frenchman made the admission while naming his greatest ever Premier League XI.

“One of my favourite players from any era, he was a player who made the hardest things look so easy,” he added.