Home All The News Zidane: ‘Very strange season’ will not affect Madrid against Liverpool 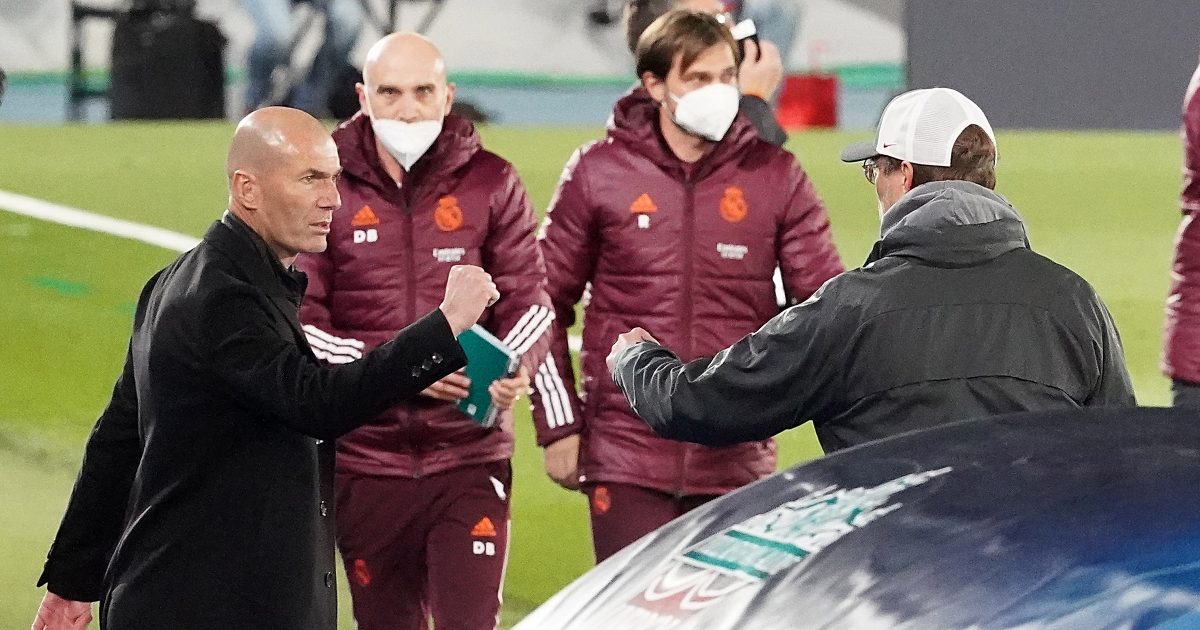 Zinedine Zidane has insisted that his Real Madrid players are “okay physically” and that their hectic schedule will not affect them against Liverpool.

Vinicius Junior scored either side of a Marco Asensio goal to earn the hosts a 3-1 first leg victory.

Zidane has been speaking ahead of the second leg. As cited by The Liverpool Echo, the Madrid boss has suggested that they will be able to compete at their best at Anfield.

Zidane said: “We are okay physically! We’ve had a lot of injuries this season but we just have to deal with them.

“It is tough, it’s a very strange season for good reason. But there’s nothing we can change about that, we just have to do what we can. The fixtures are what they are – every team has the same difficulties with injuries.

“We are in a position to compete – we don’t need to manage our fitness or anything. We are going to try and manage our strengths and injuries. Wherever we go, we try to win.

“In terms of being on our limit, it’s about the physical effort, first leg and Barca, and it will be same tomorrow. But we are used to it.

“We are prepared to put in another good performance tomorrow at 100%.”

Jurgen Klopp has urged his side to not take their comebacks for “granted”.

He said: “You cannot take it for granted. You never could and you never should.

“You don’t get a comeback because you had one in the past. You only have a chance if you play really good football in the present and that’s what we have to do.

“The best situation would be that you didn’t need a comeback. That’s not worth talking about now.

“We cannot just take comebacks for granted, especially not without a crowd in the stadium. We have to create our own atmosphere for this game.

“We will not do that (on Tuesday), constantly telling the boys whatever kind of stories. We have (Wednesday), a full day. One session in the morning and a full day to prepare us from an atmosphere point of view.

“The situation is clear, that’s why this competition is so interesting. The away goals count different so it makes it really exciting.

“We should not concede and if we can create more, and that should be possible, then we will see what we get in the end.”