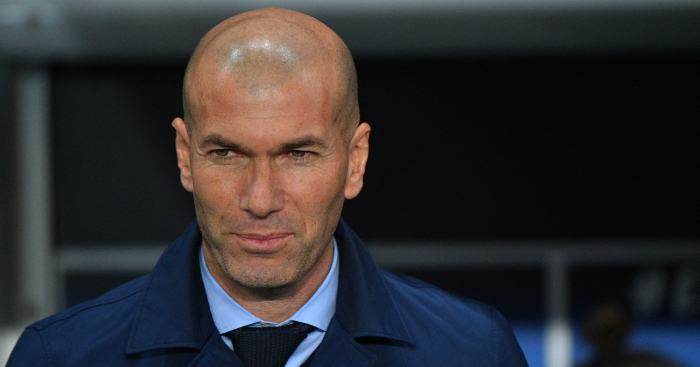 By the time the draw for the last 16 of this season’s Champions League was made back in December, it was already clear that Real Madrid had no chance of retaining their La Liga title.

This meant that their hopes of glory this season were already pinned entirely on success in the Champions League, and as they continued to slump to disappointing results in La Liga, it felt like they were just filling time before the all-important clash with Paris Saint-Germain.

At points this season, most notably after the home defeat to Villarreal in January, there was speculation that manager Zinedine Zidane would be sacked. If he were anyone else, he may well have been. The fact that he was still in the Champions League was his salvation. As long as he stayed in the competition, he would keep his job.

This added an extra layer of significance to the encounter with PSG. After the Copa del Rey elimination at the hands of Leganés in January, Zidane himself admitted that his future hinged on the outcome of the tie. If he lost over two legs, he was toast.

Given the importance of the tie to the manager and the club, it was crucial they didn’t let the pressure of the occasion get to them. As it transpired, the pressure seemed to have the opposite effect. They came from behind to win 3-1 courtesy of two late goals in the home leg, and a superb away performance at a hostile Parc des Princes last night sent them through to the quarter-finals in relative comfort.

The fact that everyone associated with Real Madrid had been so focused on this fixture for the past two months seemingly made them ultra-prepared and totally unfazed; they knew exactly what they had to do to win. Zidane got his tactics just right, playing a 4-4-2 with Mateo Kovačić bolstering the midfield, and Lucas Vázquez and Marco Asensio excelling on the wings.

They now need to keep this momentum up. On the whole, performances in the league have improved lately. Now third in the table, nine points ahead of fifth-placed Sevilla, it looks like qualification for next season’s Champions League is assured.

This added comfort means they can truly put all their eggs in the Champions League basket, without having to worry too much about the league. They will rest players in Spain to keep them fresh for Europe. There will obviously be other extremely strong teams in the Champions League quarter-finals, but the performance against PSG shows that they can still turn it on. If they show anything like the nerve and quality they showed against PSG last night, they’ll be a match for anyone.

And then there’s the flipside. Despite their recent improvement and the positivity engendered by progression in the Champions League, there can be no denying that there are still big changes required at Real Madrid this summer. There’s every possibility that they will be able to charge their way to Champions League success through sheer determination, but their failures in the league this season are a serious concern.

To achieve domestic success they need to be disciplined, tactically flexible and consistent over the whole campaign. They have been none of those things this season, which is exactly why they find themselves 15 points behind a Barcelona side who have been rejuvenated under Ernesto Valverde, after having drifted somewhat under Luis Enrique last season.

Another season of poor performances and mixed results in the league will not be tolerated by club president Florentino Pérez, and even if Zidane manages to win a third consecutive Champions League title this season, he will need to dramatically improve on the home front. He must also make changes to personnel over the summer, as there are areas of the squad that are in desperate need of improvement. A lack of depth throughout has been an issue this season.

Zidane has been afforded more autonomy than most of his predecessors in the transfer market so far, and was allowed to veto a move for Athletic Club goalkeeper Kepa Arrizabalaga in the January transfer window. He also asked Pérez not to try and sign a striker, perhaps so as not to upset the balance of the squad, or maybe as a show of faith in the misfiring Karim Benzema.

It is unlikely that he will be allowed such freedom in the summer. At least one – and possibly both – of Benzema and Gareth Bale will be sold, and big-name forwards will need to be brought in. Harry Kane, Mauro Icardi, Robert Lewandowski and Eden Hazard have all been linked. A move for Thibaut Courtois as an upgrade on current goalkeeper Keylor Navas is also in the pipeline.

Whether Zidane will get to oversee this renovation at all depends on whether he can bring Real Madrid their ‘decimotercera’ European title. If not, it is highly likely that Pérez will look to Mauricio Pochettino or Antonio Conte to breathe new life into the club. Zidane still has a long way to go to hold onto his job, but yesterday’s inspired victory over Paris Saint-Germain is undoubtedly a huge step in the right direction.