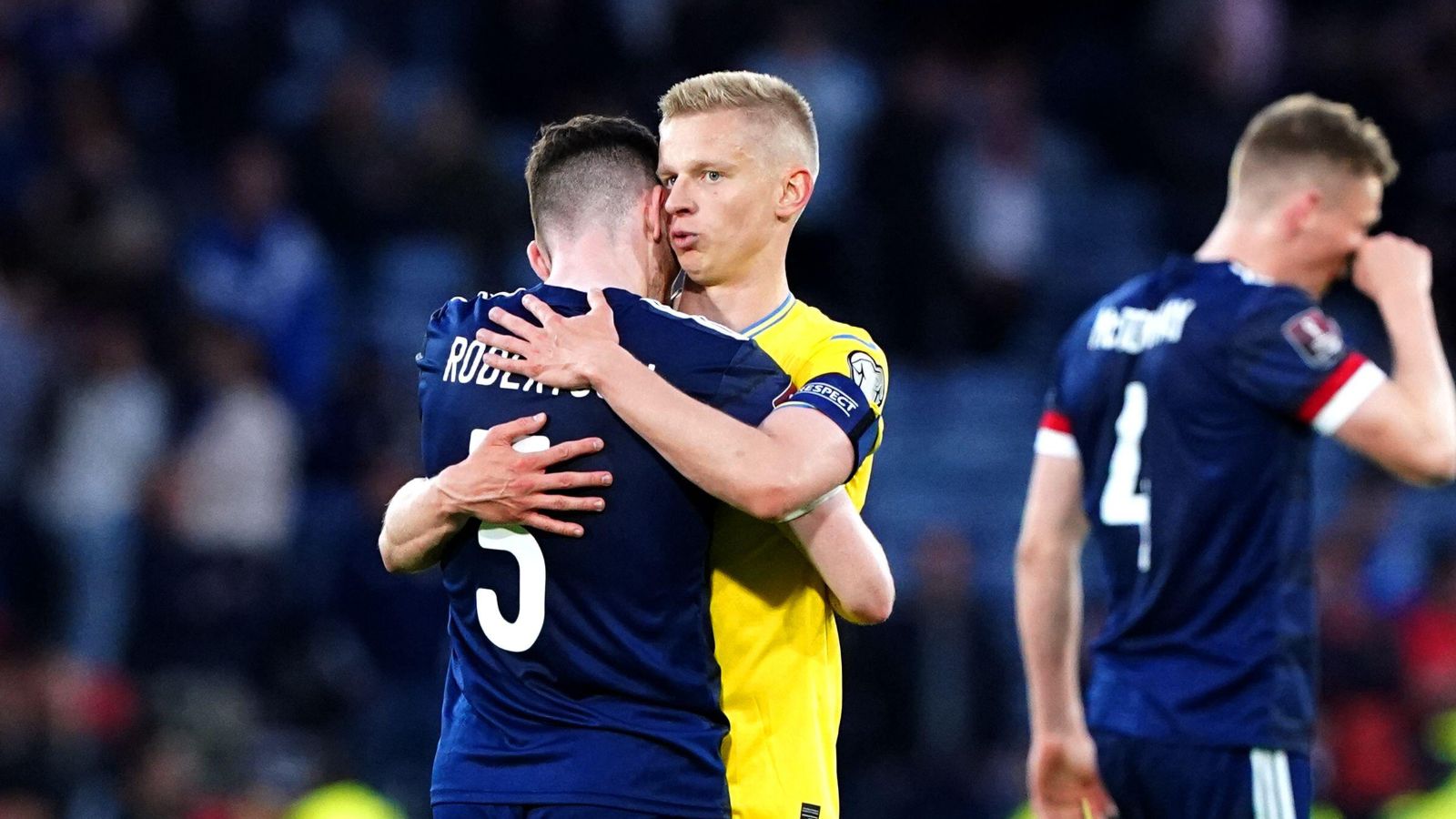 Man City star Oleksandr Zinchenko has encouraged his Ukraine teammate to “show the best performance of their lives” against Wales on Sunday.

Ukraine faced Scotland at Hampden Park in the semi-finals of the World Cup play-offs on Wednesday night.

Scotland goalkeeper Craig Gordon performed brilliantly to keep Ukraine out in the early going, but the visitors went ahead in the 33rd minute.

Andriy Yarmolenko lobbed the 33-year-old to make it 1-0 ahead of his West Ham exit.

Roman Yaremchuk was in the right place to double Ukraine’s lead just after the interval. He headed the ball home at the back post.

After being on the back foot for large portions, Scotland pulled a goal back in the 79th minute. Celtic midfielder Callum McGregor converted after George Bushchan failed to clear.

The hosts pushed for an equaliser before Artem Dovbyk put the result beyond doubt in stoppage time.

Ukraine will now face Wales at the Cardiff City Stadium on Sunday. The winner of this tie will book their place at this winter’s World Cup in Qatar.

Zinchenko looked ahead to Ukraine’s game versus Wales shortly after their win over Scotland:

“Every game for us now is like a final. We have one more and we need to win it – we need to take it or this won’t mean anything,” Zinchenko said (via BBC Sport).

“We scored three goals, we could’ve scored even more. [Sunday] is going to be a massive game for us. We need to show the best performance of our lives.”

A moment for Ukraine. A national anthem filled with passion 🇺🇦pic.twitter.com/rZBsmwdxO1

“It’s a disappointing night. You have to be honest, the best team on the night won.

“I wish Ukraine luck in Cardiff, but you have to wish the Welsh luck as well. First half we didn’t play enough, we didn’t get the ball down.

“I made the change at half-time and we didn’t give ourselves the chance to utilise that.

“John (McGinn) missed a big chance that would’ve given us half an hour to get back into the game. We chased it well, we tried as hard as we could.

“Ukraine pressed us really well, especially Billy Gilmour and Callum McGregor. It become a little bit frantic. We did have some chances but we didn’t take them on the night.

“Now is a night to suffer, we’ll suffer together. It’s going to take at least 48 hours just to move on. When you lose a game of this magnitude it hurts. We will try build into the Nations League campaign.”