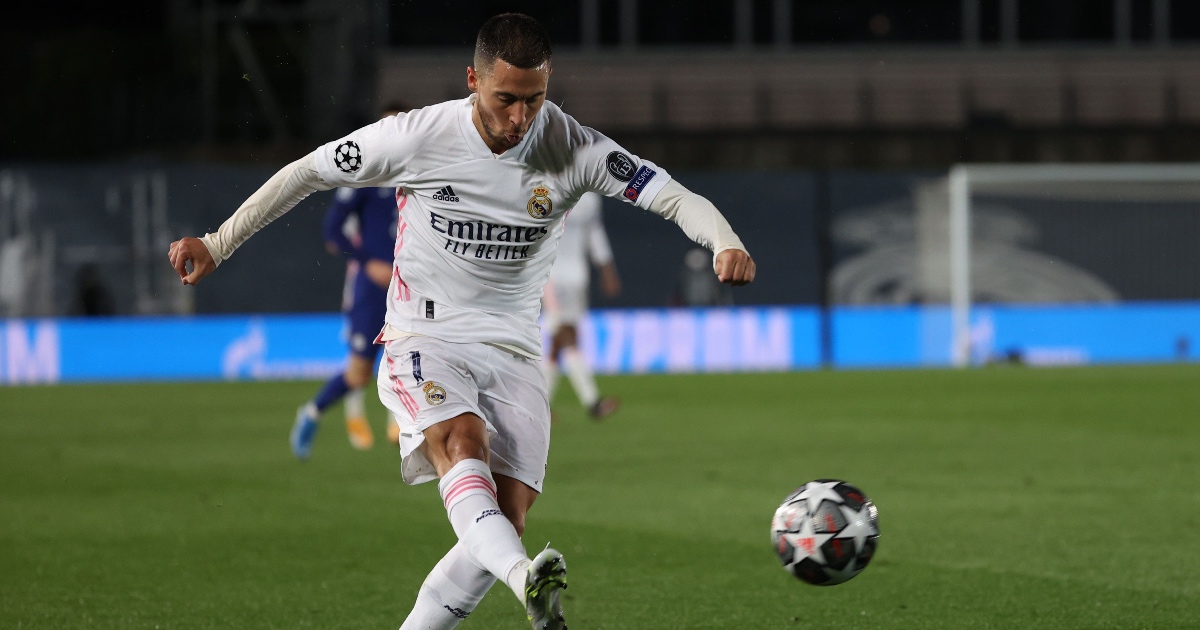 Zinedine Zidane says it would be a ‘great time’ for Eden Hazard to find form against Chelsea.

His Real Madrid team travels to Stamford Bridge on Wednesday night in the second leg of their Champions League semi-final.

It’s 1-1 on aggregate after the first leg, with Christian Pulisic and Karim Benzema on target in Spain last week.

Hazard has endured a tough time with Real since securing his dream move in July 2019.

He was signed for well over £100million but is yet to pay back that fee, scoring just three times this term.

Speaking about Hazard at a pre-match press conference, Zidane said: “It’s a great time for him, and I think he’s prepared, and that’s very good for us.

“We’re going to need Eden. We know what a good player he is, and he’s definitely going to be helping the team.

“Eden is here with us, he’s ready, he’s prepared.

“We know the quality that he has. He’s going to bring his natural game and he’s going to show what he wants to do out there. I’m pleased with that.”

When asked about the Spaniard’s fitness, Zidane continued: “I’m not going to be taking a risk, Sergio is with us and that means that he is ready to play; that’s it.

“I’m not going to tell you now about whether Sergio will play or any other player.

“We’re in the Champions League semi-finals, we are all going to fight to the death out there on the pitch. All the players are ready to play, and then of course I have to pick a team.

“All the players are ready to play, don’t worry.”

Zidane’s managerial rival on the night will be Thomas Tuchel, who has turned Chelsea into a formidable side since becoming boss in January.

They have the away goal thanks to Pulisic, so a clean sheet in London would see them reach the final.

Real and Zidane, meanwhile, won the Champions League three years in a row between 2016 and 2018 before Liverpool ended their continental dominance.