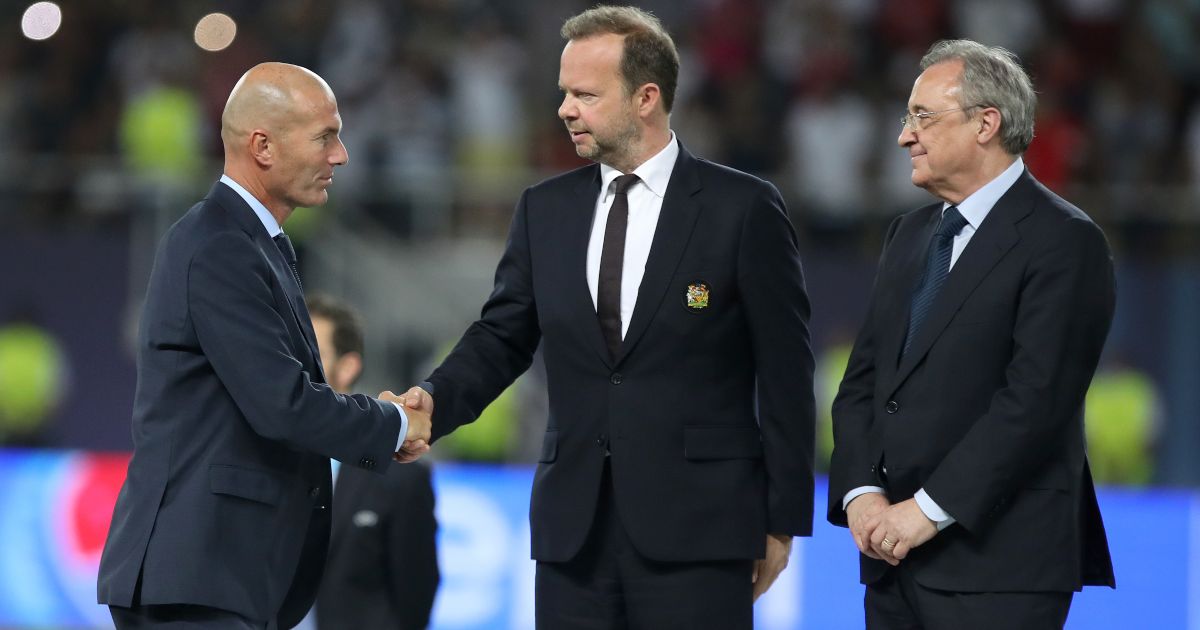 Zinedine Zidane has insisted he has no need to issue a public defence of under-fire Real Madrid president Florentino Perez.

Perez spearheaded the failed breakaway Super League, coming under great pressure in the wake of the competition’s spectacular collapse.

Real will host Chelsea in Tuesday’s Champions League semi-final first leg, with the threat of expulsion from next term’s competition still hanging over their heads.

Perez remains under great scrutiny in his role, but Zidane insisted the Real president knows exactly the support he has from his club manager.

“The president knows what I have in my heart and what I think, and we are here to prepare tomorrow’s match,” said Zidane.

“The rest is not that we are not interested, it’s just not the moment to talk about it.

“We are going to play a Champions League semi-final, and that’s all we can think about.”

Perez was one of the failed Super League’s main protagonists, that was launched on Sunday, April 18 but fell apart entirely just 48 hours later.

England’s ‘big six’ clubs had signed up to the project, but Chelsea and Manchester City withdrew on Tuesday, April 20 and the edifice quickly crumbled.

Madrid have yet to admit defeat officially on the Super League, with Perez insisting the project could be revived.

Asked if Real face any embarrassment over the lingering situation, Zidane replied: “We have a match tomorrow, I’m sorry but I’m not going to answer about that.

“Right now people are talking a lot about whether we will be in the competition next year or not.

“We have to pay attention to tomorrow’s match. We don’t control that, there’s going to be a lot of conversation, and I’m just giving my opinion.

“We want to see Real Madrid in the next Champions League, and that’s it.”

Former Chelsea talisman Eden Hazard is finally fit after the latest in a litany of debilitating injuries in his two seasons at Madrid.

And Zidane revealed the Belgium playmaker is finally unimpeded, just in time to take on his old club.

“He played 20 minutes the other day and he felt quite good,” said Zidane.

“The most important thing is that he doesn’t feel anything about his problem.

“He’s quite well, he’s with us, he’s happy to be with us and contribute to the team a lot.”

Madrid’s France defender Raphael Varane is yet to renew a contract that has 18 months left to run, and has been heavily linked with a summer switch to Chelsea.

The 28-year-old refused to comment on his future beyond the end of the season however, when asked about his contract situation.

“I am focused on the end of the season,” said Varane.

“If I have a message to the fans it’s that my commitment is 100 per cent with the team and I’ll give it my best.

“We have a quite exciting end to the season, beautiful challenges that motivate us a lot. And I’m focused on giving it my best on the field.”