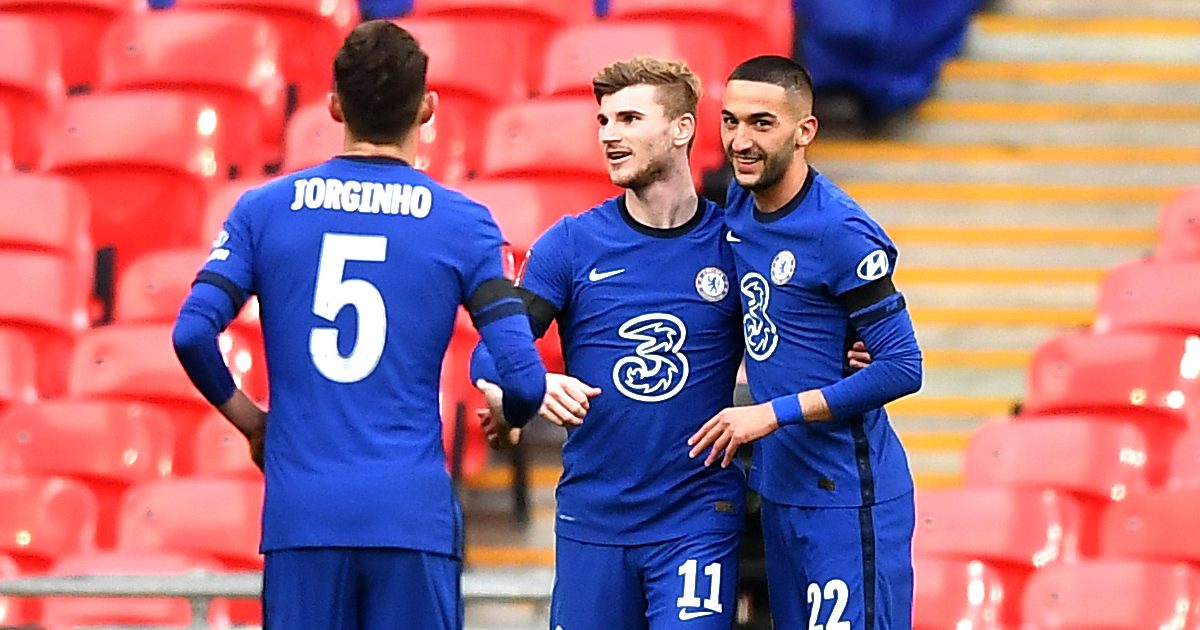 Hakim Ziyech is relishing a potentially “special” end to the season for Chelsea with a double still a possibility for Thomas Tuchel’s men.

Thomas Tuchel has enjoyed a fine start to life at Stamford Bridge since replacing Frank Lampard as boss in January, putting the Blues within touching distance of a top-four finish that had looked in jeopardy.

Furthermore, Chelsea are fighting for silverware on two fronts after sealing a Champions League semi-final against Real Madrid by overcoming Porto and then reaching a fourth FA Cup final in five years.

Ziyech secured a 1-0 Wembley win as the west Londoners ended City’s quadruple quest on Saturday evening, leaving last summer’s arrival from Ajax excited about what this group can achieve.

“It was a perfect week and we can enjoy that,” the Morocco international said.

“Now it’s a special end to the season if you see what we are still playing for.

“All the ways are open and everybody is excited about it and we cannot wait to play those games.”

Ziyech was among three changes from Tuesday’s 1-0 loss to Porto in Seville, where Mehdi Taremi’s stoppage-time stunner was immaterial as Tuchel’s men boasted a 2-0 lead from the first leg.

The 28-year-old was a late introduction in the quarter-final second-leg and a late withdrawal after a man-of-the-match display under the arch on Saturday evening.

“Those moments are always nervous from the stands,” Ziyech told club media.

“I tried to stay calm but sometimes it’s difficult! In the end everybody did well, we killed the game and we kept a clean sheet as well.

“Timo (Werner) did a good run into the space (for the goal), I made my run, it was a good delivery and I put it in easy.

“You always have to have that feeling before the game that you want to score.

“It feels good to be in the final. Everybody is happy. We did a good job, especially in the first half.

“The second half was a little bit difficult to close all the spaces, but we scored the one goal that we needed. It was enough.”

Werner’s run forced an error out of City goalkeeper Zack Steffen, who strayed out of position opening up a simple pass for Ziyech to finish into an empty net.

The United States international has played in domestic cup matches instead of Ederson this season and held his hands up for his costly error ahead of next weekend’s Wembley return for the Carabao Cup final against Tottenham.

“It’s a tough one,” Steffen told City+. “I think the boys did a good job, Chelsea are a tough team to play and their goal was indecision on my hands and I’ll learn from it.

“You have to keep going and I’m proud of how the boys fought and didn’t give up.

“The good thing is there is another game in three or four days so we can’t get too low on this one.

“We have to learn from it, come back together as a team and be ready for the next one.”