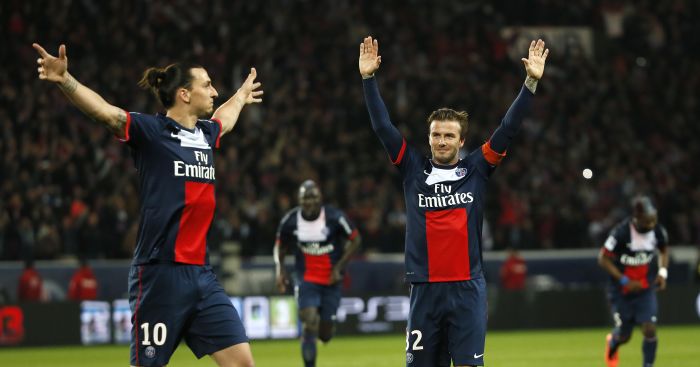 Zlatan Ibrahimovic has described his move to LA Galaxy as “destiny” and has explained how David Beckham made his decision to join the club a lot easier.

The former Sweden international had re-signed for Manchester United after his recovery from injury but the Premier League club terminated his deal in midweek to allow him to make the switch to America.

He announced his arrival in typical Zlatan style by taking out a full page advert in the Los Angeles Times, which simply read: “You’re welcome.”

And the confident striker has now revealed that Beckham was a big influence on his decision and that the England legend had some positive things to say about Galaxy.

“I met David when I played in PSG and he talked a lot about Galaxy, the experience he had in America, he was all positive,” Ibrahimovic said in an interview with Major League Soccer.

“He was like: ‘You should come over, go over, and try it out, play there’ and he said everything is fantastic, it’s in progress, but to be part of it is something amazing and something he was proud of.

“So I’m just happy to get all these words because it makes it easier for you when you have to choose whatever you want to do for the next step.

“And like I said, this thing was supposed to happen before but it didn’t happen, but it’s happening now, so it’s the destiny.”