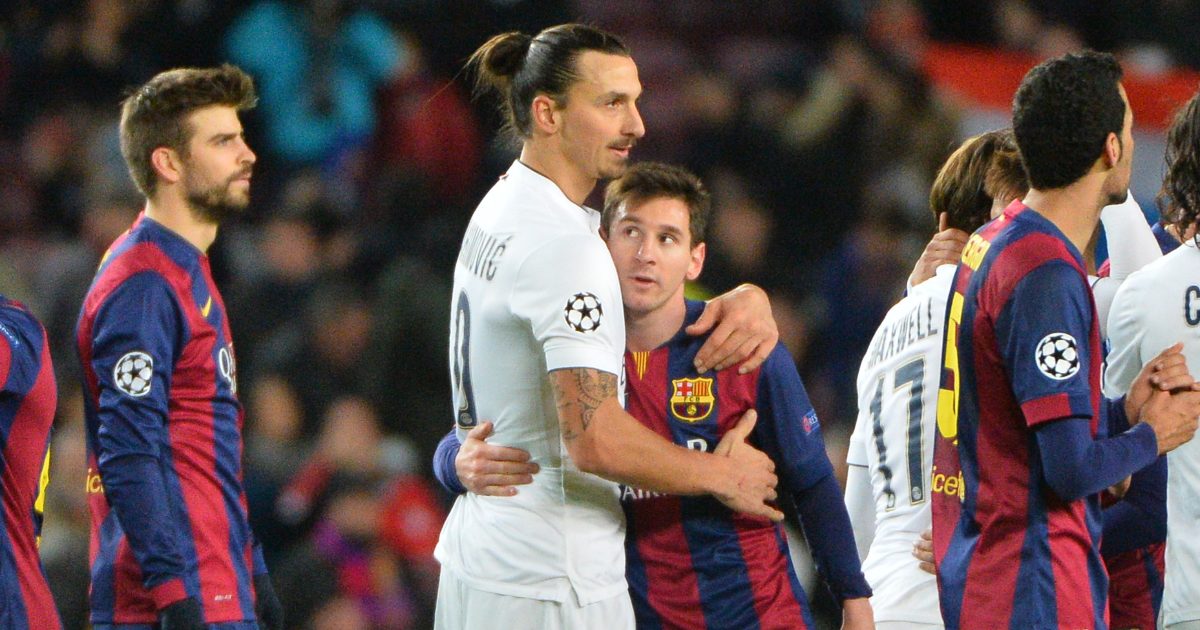 AC Milan striker Zlatan Ibrahimovic has suggested that Brazillian legend Ronaldo is the greatest footballer of all time.

Earlier this week, Lionel Messi won his record seventh Ballon d’Or award. He received more votes than the likes of Robert Lewandowski and Jorginho to win the accolade once again.

Ronaldo is a five-time winner of the Ballon d’Or, but he finished sixth in the standings in 2021.

As quoted by the Daily Mail, the AC Milan forward suggested that Messi is a better player than Ronaldo:

“Both are very strong. I say Messi also because we played together.”

Ibrahimovic played with Messi at Barcelona, but he believes the PSG star is bettered by Brazil icon Ronaldo.

The forward won the Ballon d’Or twice and he is also a two-time winner of the World Cup. He had stellar spells at the likes of Real Madrid and Inter Milan.

After being pushed to name his greatest player of all time, Ibrahimovic said that the Brazillian legend was his pick:

He said: “Ronaldo ‘the Phenomenon’. As a child I imitated him.”

Ibrahimovic went onto say that Lewandowski should have won this year’s Ballon d’Or:

“Leo lives for football. But Lewandowski deserved the Ballon d’Or this year.”

Elsewhere, Gabriel Agbonlahor has suggested that Ronaldo could provide a “problem” for Ralf Rangnick:

“If Rangnick has to drop Ronaldo how will that affect the rest of the squad?

“Ronaldo will be a big voice in that changing room and he won’t want to be on the bench. Rangnick will have a problem if he chooses to leave the talisman on the bench.

“Ronaldo will not accept that, no way. He won’t mind being rested over Christmas when there are two games, three games in a week. That’s different, we all know you have to have rest.

“To not play regularly though, Ronaldo is not that guy. I’m sure Ronaldo would rather retire than be a benchwarmer. He’s not that guy, he wants to play every game. It will be interesting to see what happens. He could end up retiring.”