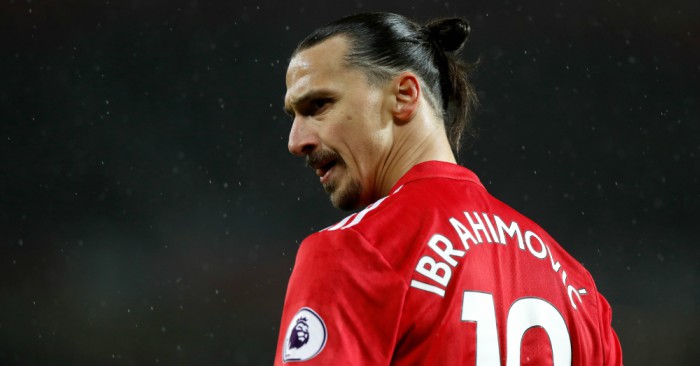 Zlatan Ibrahimovic is in talks to call a premature end to his time at Manchester United and sign for LA Galaxy, according to reports in USA.

ESPN claims the Swede, who has been out of action since November after having a setback in his recovery from a cruciate knee ligament injury, is reportedly on the brink of agreeing a switch to MLS that would see his second year at Old Trafford cut short.

Ibrahimovic signed a one-year contract with United back in August, saying he would ‘finish what he started’, but he has made just seven appearances in all competitions this season and made just a combined 187 minutes of action.

United have since signed Alexis Sanchez meaning the Swede’s playing time is set to be vastly reduced further and a move to America ticks all the boxes.

Hope that one goal in the defeat to Bristol City was worth being cuckolded pic.twitter.com/PQSbLmTypz

The Swede, now 36, held talks over a move to the west coast of America prior to agreeing his new one-year deal at United, but ESPN now claims a transfer to LA Galaxy – famed for signing their ageing big names – appears closer than ever.

Galaxy are said to be confident they can prise him away from United, though he would likely have to agree a significant pay cut on his estimated £220,000 a week wage at Old Trafford.

Should he agree to move to Los Angeles, Ibrahimovic would be signed with the help of targeted allocation money so would not take up a designated player spot.

Ibrahimovic, a title winner in France, Italy, Spain and Holland, scored 28 times in his first season at United before injury ended his season early in the Europa League quarter-finals.