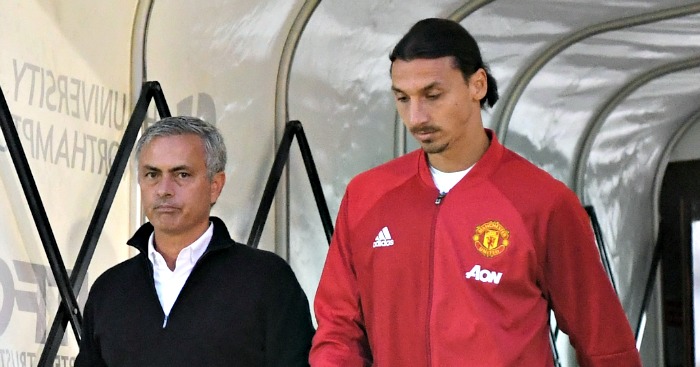 Zlatan Ibrahimovic has teased Manchester United fans by claiming Jose Mourinho “has something going on” in what will be a “special” season.

They have signed Fred, Diogo Dalot and Lee Grant in what is shaping up to be an underwhelming summer – although there is no good reason why they can’t win the title.

Ibrahimovic, the massive cult that he is, has promised big things from his former teammates.

“I see a lot of quality, but not quality like me but that’s okay [laughs]!

“It is great to see the guys, to see them happy and to see them training good. Be ready for this season because something special will happen and I think the boss has something going on. We will keep that a secret!

“Enjoy the season, I wish you all the best and happiness.”