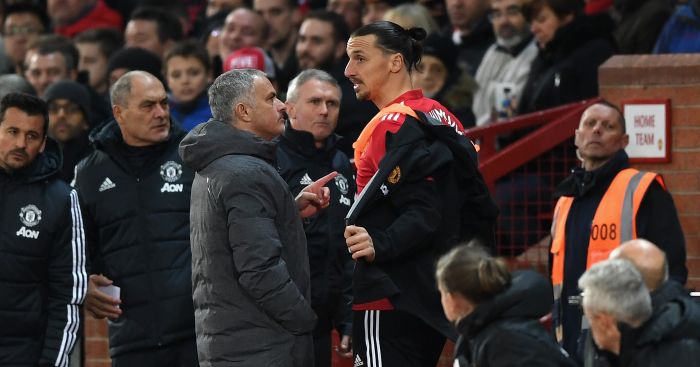 Zlatan Ibrahimovic says Jose Mourinho will definitely not want Manchester City to be crowned champions in the Manchester derby on Saturday.

A win for Pep Guardiola’s men at The Etihad will be enough for City to win the Premier League title – a fact that Ibrahimovic says Mourinho will not want on his CV.

City could well rest players ahead of Tuesday’s Champions League return date with Liverpool, but regardless of the team Guardiola puts out former United striker Ibrahimovic says Mourinho will have his men revved up.

“I think they are pumped. They are looking forward to a game like that because obviously City are ahead by many points and the rest of the league is not playing for the Premier League trophy,” Ibrahimovic told Sky Sports.

“They are playing for the Champions League and the places behind City so someone will want to give them a little shake like Liverpool did the other day.

“I know the coach very well. He is very motivated for these kind of games and I’m pretty sure he doesn’t want them to become champions against him. He’ll make sure of that.”

Ibrahimovic, who joined LA Galaxy on a free transfer last month, scored 29 goals in 53 games for United and helped them with the League Cup and Europa League last season.