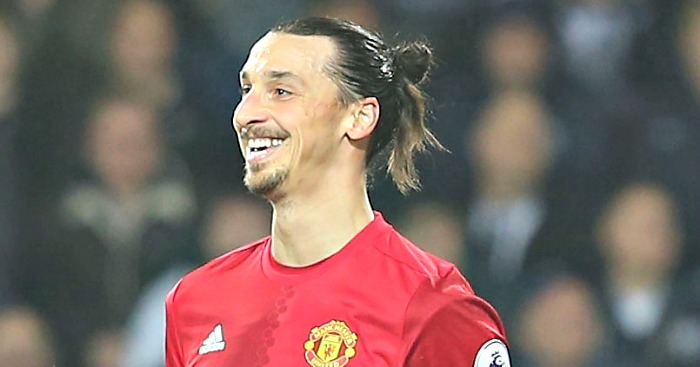 With just a few days to go in 2016, we are looking at the players to score the most league goals (across Europe’s top ten leagues) in this calendar year.

In 2015 the man at the top of the chart was Cristiano Ronaldo (with Alex Teixeira second and Lionel Messi third). Ronaldo was also the main man in 2014 (ahead of Messi) and in 2013 (ahead of Luis Suarez and Messi), while in 2012 it was Messi who topped the list with Ronaldo in second.

In fact, the last time neither Ronaldo nor Messi topped the chart was 2009, and the man at the top of that chart was Suarez. Could he do it again? Or could Zlatan pip him with a hat-trick against Middlesbrough on Saturday?

10) Fedor Smolov (Krasnodar) – 24
While Islam Slimani and Andrea Belotti have also scored 24 league goals in 2016, they have needed 34 and 38 games respectively. Smolov has needed only 23. Phwoar. He missed a month through injury and the Russian league is now in hibernation, and yet still he sits above Pierre-Emerick Aubameyang, Mauro Icardi and Harry Kane in this list. The most astonishing thing about this ridiculous 2016? He was signed by Krasnodar for nothing in 2015 after three goals in 68 games for Dynamo Moscow. You won’t remember him from Euro 2016 because some fool played him on the wing.

9) Robert Lewandowski (Bayern Munich) – 27
Five goals in his last four Bundesliga games have catapulted the Pole up the rankings, though a record of a goal every 100 minutes of league football looks pretty shabby next to the records of the sub-90 men at the top of the list. Lewandowski has now scored an astonishing 133 goals in 210 Bundesliga games and yet there are still many who dismiss him as ‘just a finisher’. Maybe. But what a bloody finisher.

8) Sergio Aguero (Manchester City) – 27
Just the 17 goals in the second half of last season (including a hat-trick against Chelsea) and now ten in 12 under Pep Guardiola. Logic says that he would be higher up this list if he hadn’t insisted on doing two utterly stupid things already this season. He was on our list of top ten Premier League players of 2016 because you simply cannot ignore the statistics, but Guardiola is not alone in wanting to see a little bit more from the Argentine. Though a goal every 95 minutes is none top shabby.

7) Edinson Cavani (PSG) – 27
To the naked eye, he can look like a clown. And yet he has scored 18 goals in 17 games for PSG this season, thriving after stepping out of the giant, big-nosed shadow cast by Zlatan. Yes, it’s only the French league but six Champions League goals suggest that this is not the form of a flat-track bully. Unai Emery may be under pressure in Paris, but Cavani is the reason he is still in a job. He has scored 47% of their league goals this season.

6) Alexandre Lacazette (Lyon) – 28
It still seems astonishing that his 15 Ligue Un goals since the turn of the year did not bring a) a summer transfer or b) a call-up by France. To Lacazette’s credit, he has just kept on keeping on, and has scored 13 goals in 14 league games this season – though it’s worth noting that he scored every 100 minutes in 2016 while Cavani notched every 87. Will anybody pay the reported £60m transfer fee for a 25-year-old with one international goal?

5) Gonzalo Higuain (Napoli and Juventus) – 30
Should a 28-year-old striker have cost £78m? After 36 Serie A goals last season (with 20 goals in the 2016 run-in), Juventus clearly thought the Argentine was worth the outlay to truly challenge for the Champions League. His ten goals in 17 Serie A games this season is a decent record, but the Old Lady will expect rather more bang for their buck. You don’t pay £78m for a striker to score fewer goals than Dries Mertens. But score the goal to win the Champions League and all will be forgotten.

4) Cristiano Ronaldo (Real Madrid) – 31
This looks like a poor year from Ronaldo until you look closely at the figures and see that those 31 goals have come in just 30 La Liga games, giving him a record of a goal every 84 league minutes this calendar year. Which means he has actually been more efficient than during a goal-laden 2015. Oh and he won Euro 2016, the Champions League and is well on the way to winning La Liga. So it’s not been all bad.

3) Lionel Messi (Barcelona) – 32
The total is higher but Messi has actually played five more games than Ronaldo and only Lacazette and Lewandowski on this list have a higher minutes-per-goal rate than Messi. As usual with the Argentine, it’s his consistency that is astonishing – he has only had ‘endured’ one three-game league spell with no goals in the whole of 2016. He is joint top scorer in La Liga this season with Luis Suarez, but it’s his Champions League record that is astonishing: Just the ten goals in five games then…

2) Zlatan Ibrahimovic (PSG and Manchester United) – 35
He left PSG with a ridiculous burst of 15 goals in eight games. Easier league, oui, but bloody hell. By his own admission, he has found life harder in the Premier League, but he has still scored 12 goals in his first 17 league games in England and only Diego Costa has been more prolific in England in 2016/17. Not bad for a man who has just turned 35. And he has one more game against Middlesbrough to ease past the man at the top of this list…

1) Luis Suarez (Barcelona) – 37
Ronaldo obviously won all the prizes in a year in which he has won both Champions League and European Championship, but Suarez is undoubtedly European football’s form striker. Fourteen goals in five games as Barcelona wrapped up La Liga in May has been followed by 12 goals in 15 games at the start of this season as they attempt to keep pace with Real Madrid once again. A goal every 80 sodding minutes in the league? Wow. Just wow.