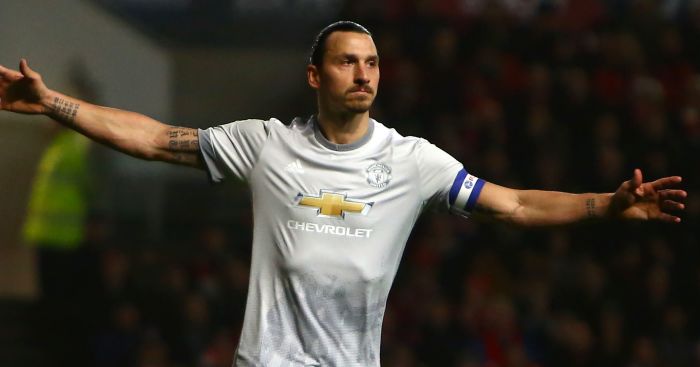 Zlatan Ibrahimovic’s move to LA Galaxy has been confirmed after a full-page ad was taken out in the Los Angeles Times.

The 36-year-old Swede has been linked with a move to the Major League Soccer franchise and although no confirmation has yet come from the team, the front page of Friday’s LA Times sports section shows him in a Galaxy jersey, above the headline ‘He’s Hard To Ignore’.

Manchester United announced on Thursday that they had released him from his contract.

Zlatan Ibrahimovic has taken out a full page advert in the @latimes announcing his arrival at LA Galaxy. Classic Zlatan. pic.twitter.com/TeFXM2De7e

Ibrahimovic’s signature and the Galaxy logo were at the bottom of the ad.

LA Times journalist Dylan Hernandez wrote: “If this doesn’t work, if Zlatan Ibrahimovic fails to take the Galaxy out of the shadows of this city’s sporting landscape, the soccer franchise might as well not sign another big-name foreign player.

“Because if Ibrahimovic can’t make Los Angeles care about the Galaxy, there isn’t a player who can.”

The article ran under the sub-header: “Ibrahimovic has enormous talent and an even bigger ego, which makes him a perfect fit for Los Angeles.”

Ibrahimovic told the LA Times: “After being in Europe, winning 33 trophies, playing in the best teams in the world, I wanted to come to the US and play my game there.

“I wanted people to enjoy my game there and to win. And I chose the Galaxy to do that.”

The newspaper reported Ibrahimovic had agreed a deal worth three million US dollars (£2.1million) over two years.

Galaxy later posted a tweet welcoming Ibrahimovic to the club.