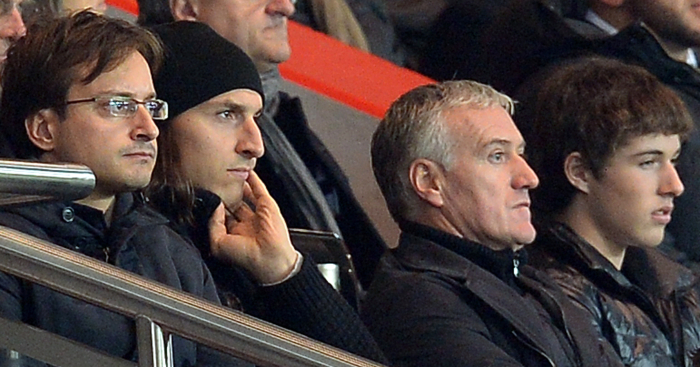 France opened their World Cup campaign with a laboured 2-1 win over Australia, with an Antoine Griezmann penalty and deflected Paul Pogba goal seeing them through.

Les Bleus looked disjointed in attack throughout however, with Real Madrid striker Benzema left at home.

The 30-year-old has not played for France since October 2015, having been embroiled in a blackmail attempt on teammate Mathieu Valbuena later that same year.

Deschamps’ decision to uphold his banishment from the squad was supported by the French Football Federation, but not by Ibrahimovic.

“For me, it’s not normal Benzema is not in the national team,” he told beIN SPORTS. “He’s one of the best in the world, he won the Champions League, he plays in Madrid, that he’s not in this team has nothing to do with football.

“If the coach has a decision in saying he’s not good enough for this team then the coach should not be there, but Benzema should. It’s very easy.

“I find it very ridiculous that he’s not there because if you want to win, you get winners, and Benzema is a winner.”