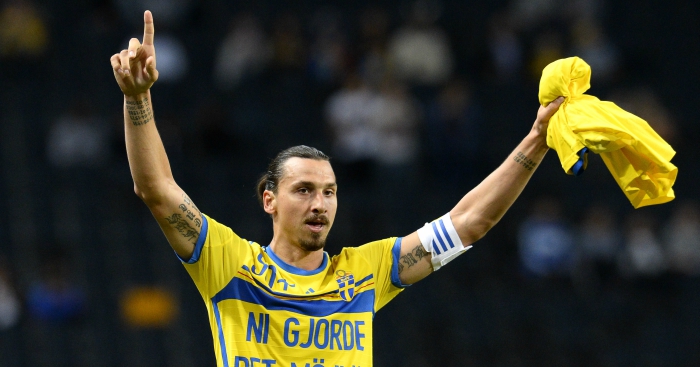 Zlatan Ibrahimovic will not come out of international retirement to play for Sweden at the World Cup.

The 36-year-old striker, who recently left Manchester United to join the LA Galaxy, had hinted that he might resume his 116-cap career with Sweden, having retired from international duty two years ago.

But in a statement published on the Swedish men’s football team’s official Instagram page, national selectors said: “A final message: Zlatan will not play at the World Cup.”

Earlier this month Ibrahimovic tweeted his belief that his chances of featuring in Russia this summer were “skyhoga”, meaning sky high, and he later appeared on the ‘Jimmy Kimmel Live!’ talk show to claim: “I’m going to the World Cup, yes.”