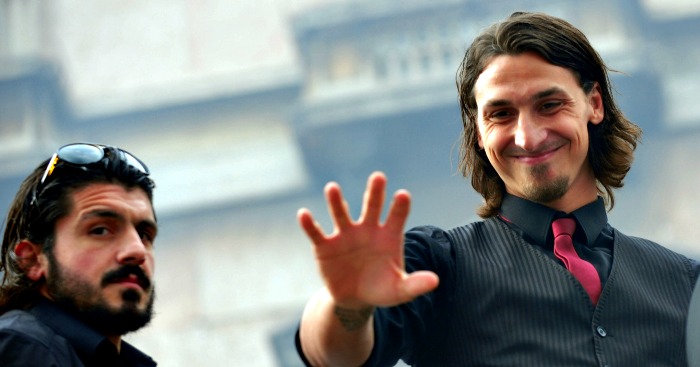 Zlatan Ibrahimovic would benefit the “younger players” at Manchester United were he to join, says international teammate John Guidetti.

Ibrahimovic is expected to join United this summer upon the expiration of his contract at Paris Saint-Germain, for whom he has played since 2012.

The Swedish striker has been linked with a number of clubs as a free agent, but United are expected to be announced as his next destination shortly.

The Old Trafford club are thought to have offered a one-year deal to the 34-year-old, who has said that he will reveal a “big bomb” on Tuesday.

It is feared by some that Ibrahimovic would stifle the young talent at the club, but Sweden teammate and former Manchester City striker John Guidetti thinks otherwise.

“He is fantastic, great,” said the striker, now of Celta Vigo. “The way he speaks with all the younger players, the way he demands quality, it is a true pleasure to play with him.

“There’ll never be another Zlatan: he’s a one-off. The way that he talked and behaved has inspired me.

“He would say ‘I’m going to be the best’, and that’s not something a Swede normally says!

“That’s when I realised that you could say that. We do want to be the best! He changed the way we think.

“I think he knows the Manchester weather like I do!” said Guidetti. “He will settle. Anywhere he has gone he has performed, he is a world-class player and is a world-class person. Any team that gets him should be very grateful.”