Home All The News Zola discusses his ‘most spectacular’ Chelsea goal 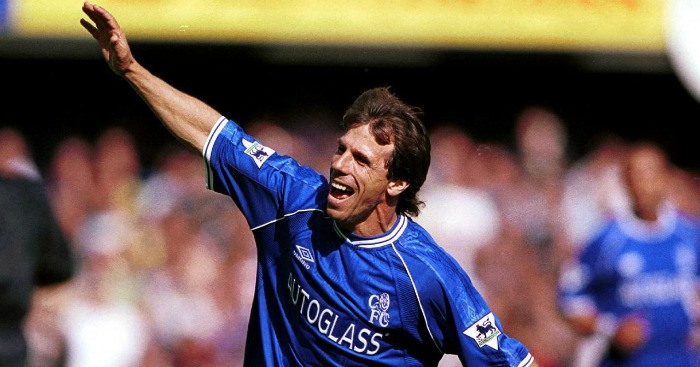 Gianfranco Zola has discussed the “most spectacular” goal of his Chelsea career.

Zola joined the Blues in 1996 and spent seven memorable years in London, departing in 2003. He left as a Stamford Bridge icon.

The Italian scored 58 goals in 229 Premier League appearances, but his most memorable strike for the club came in an FA Cup third-round replay against Norwich in January 2002.

“This goal is probably the most spectacular I ever scored for Chelsea,” he told Chelsea’s YouTube channel.

“I just went to the front post for the corner, Graeme Le Saux was taking it. I was just trying to anticipate the defender, I was expecting the ball to be a little bit higher to head it.

“Graeme took it very low, so in that moment I had to invent something. I tried this back flick. I’d tried it many times and I never managed to get it right.

“The players were so amazed. I didn’t understand why they were so insistent about it. But when I saw it on TV I realised it was quite a nice goal.”