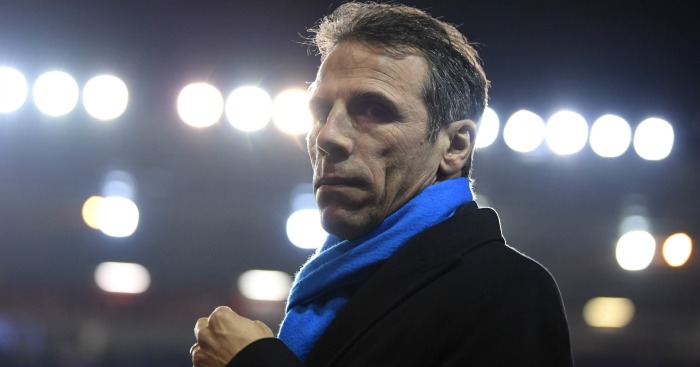 The 50-year-old Italian was appointed in December after the controversial sacking of Gary Rowett, but has overseen just two wins in 22 league games.

“Gianfranco Zola has this evening resigned as Blues manager,” Birmingham confirmed on Twitter.

TTAL had completed their takeover at St Andrew’s the previous October and club director Panos Pavlakis said at the time that Zola was a good fit as the Blues wanted to “move in a new direction”.

But since Zola’s arrival the club have maintained a steady slide down the table, winning only twice, against Fulham and at Wolves in February. Defeat to Burton extended their winless league run to nine matches.

Zola, sacked in his previous managerial job after just one season with Qatari side Al-Arabi, has also had spells in charge of West Ham, Serie A side Cagliari and Watford.

Burton completed the season double over Birmingham thanks to goals in either half from Lloyd Dyer and Lucas Akins, with Blues turning in another disjointed display.

The visitors’ second goal prompted an immediate chant of “We want Zola out” from the disgruntled home fans and they got their wish soon after full-time, with the Italian handing in his notice.

Birmingham picked up just four points from a possible 27 in their last nine games under Zola.