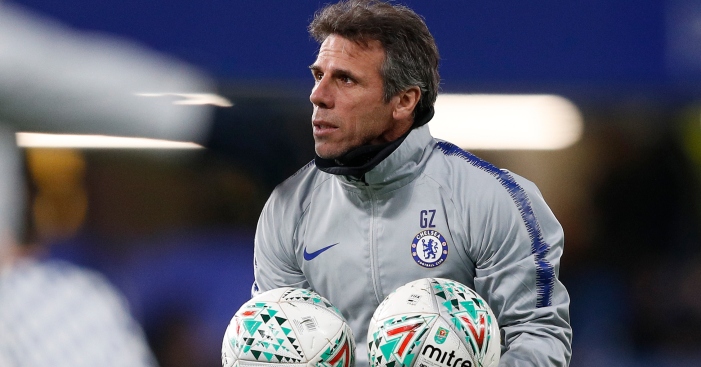 Gianfranco Zola was absent from the Chelsea bench for a second successive match after being readmitted to hospital following gallstone surgery complications.

There is no timescale for the return of the 52-year-old former Chelsea player, whose absence could be keenly felt by Sarri, with the 60-year-old’s position precarious.

Zola could be an option to succeed Sarri, at least on an interim basis, if the Blues boss is sacked due to poor recent results.

Gallstones are when a crystalline mass forms in the gallbladder and can be painful and cause blockage of the bile duct.