Gianfranca Zola "was afraid" that someone was going to ask him about the Chelsea speculation. 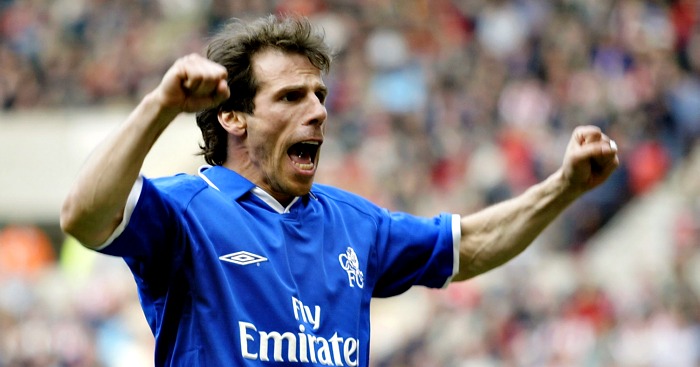 Gianfranca Zola insists that “nothing is decided” with regards to a possible Chelsea return.

Zola left Chelsea as a legend in 2003, establishing himself as a Stamford Bridge cult hero over seven years.

He has often been linked with a return in a managerial capacity, but has been out of work since resigning as Birmingham manager last April.

Reports suggest he could be in line for a new post as Chelsea assistant manager alongside Maurizio Sarri, who has personally requested Zola’s appointment.

But the 51-year-old remains coy on the speculation.

“There is a lot of rumours about me at the moment and nothing has happened. And we’ll see what happens in the future,” he told SuperSport.

“But honestly, at the moment it is only talking. Nothing is decided.”