"People expect a lot from the number nine of Chelsea... Alvaro has to get used to it." 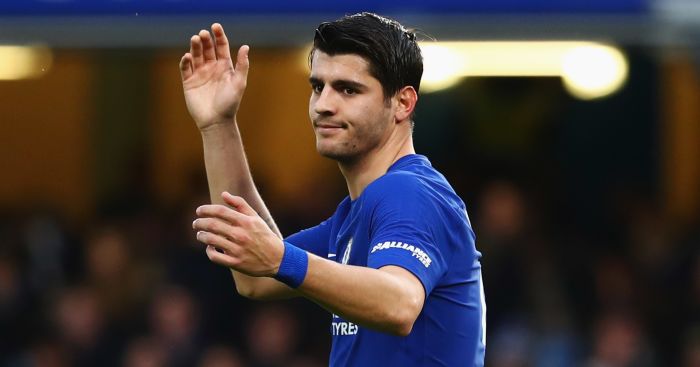 Alvaro Morata has been told to relish the responsibility of being Chelsea’s frontline striker and not be burdened by the role.

But after Morata failed to score in Wednesday’s draw with Southampton, Sarri appeared to lose patience, suggesting the Blues need to recruit a striker this month.

Zola was asked about Morata, who has seven goals this season, ahead of Saturday’s FA Cup third-round tie with Nottingham Forest and said the Spain striker should embrace his role.

Zola said: “People expect a lot from the number nine of Chelsea, they expect a lot of goals and a lot of performances. This is normal and Alvaro has to get used to it.

“It should be a motivational thing. You are at Chelsea, you’re not playing for Southampton, or Brighton, with all due respect for those clubs.

“If he goes to another big club it’s going to be the same. There is no way you can avoid your responsibilities, it’s part of your job and the better you can handle those situations the better you’re going to be.

“I know he feels he doesn’t score enough and he feels a lot of responsibility on that.

“He has to learn to leave everything behind because these are burdens you only take on the pitch and they won’t help you to perform better.”

Morata arrived from Real Madrid in July 2017 for a fee in the region of £60million and immediately started showing promise. But he endured a difficult 2018 and his future at Stamford Bridge is rumoured to be in doubt.

The goalscoring burden appears to weigh heavily on his shoulders and his Blues boss Sarri and Zola have spoken of the 26-year-old’s lack of confidence.

Morata changed his shirt number from nine to 29 ahead of the 2018-19 season, saying it was due to his wish to acknowledge his newborn twins’ birth date.

Zola added: “We invested a lot in him this year; we thought he was the perfect number nine for us. Maurizio has always said that.

“Technically he is without doubt one of the best in his position. I think he has to improve a bit tactically because nowadays, football is so organised you need to get better tactically, your ability itself is not enough.”