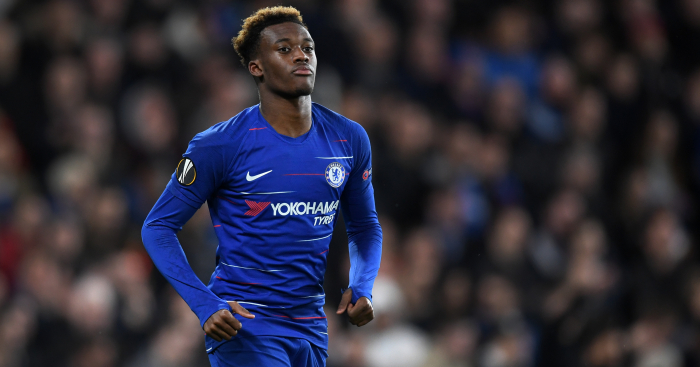 Chelsea assistant boss Gianfranco Zola has told Callum Hudson-Odoi to be patient amid reports of interest from Bayern Munich.

The 18-year-old winger has 18 months to run on his current contract and has an offer to extend his Chelsea deal, while German giants Bayern are said to be keen to recruit him.

Zola said: “It’s about patience. I believe he has a bright future with us, but he will have to learn that right now for him it’s important to get better and better every day.

“I know he hasn’t played probably as much as he wanted, but this is down to the quality of the players in front of him. I’ve already told the player: it’s not a waste of time. It’s a time you can get better.”

Hudson-Odoi is fit again following a hamstring injury and could feature when the FA Cup holders meeting Nottingham Forest in the third round at Stamford Bridge on Saturday.

“You have to understand the journey’s not finished. He’s at an age where it’s very important to keep a good attitude. It’s not important playing straight away, playing 20 games, it’s important to develop.”

Another Chelsea player whose future has been debated is Cesc Fabregas, who made his 500th appearance in English football against Southampton on Wednesday night.

Fabregas’ contract expires this summer and he has been linked with Monaco and AC Milan this month. Zola is uncertain what the future holds for the Spain playmaker.

Zola added: “You’re asking me a question that I wish I could answer. I know his contract runs out in six months. I don’t know how it’s going to go.”

Willian, Pedro and Olivier Giroud are out, while Eden Hazard is poised to be rested as Blues boss Maurizio Sarri prepares to rotate his options.

Zola added: “He’s played a lot of games. We’re very demanding of him. I believe tomorrow he might get a bit of rest.

“You have to consider there are players who have played five games in a row.