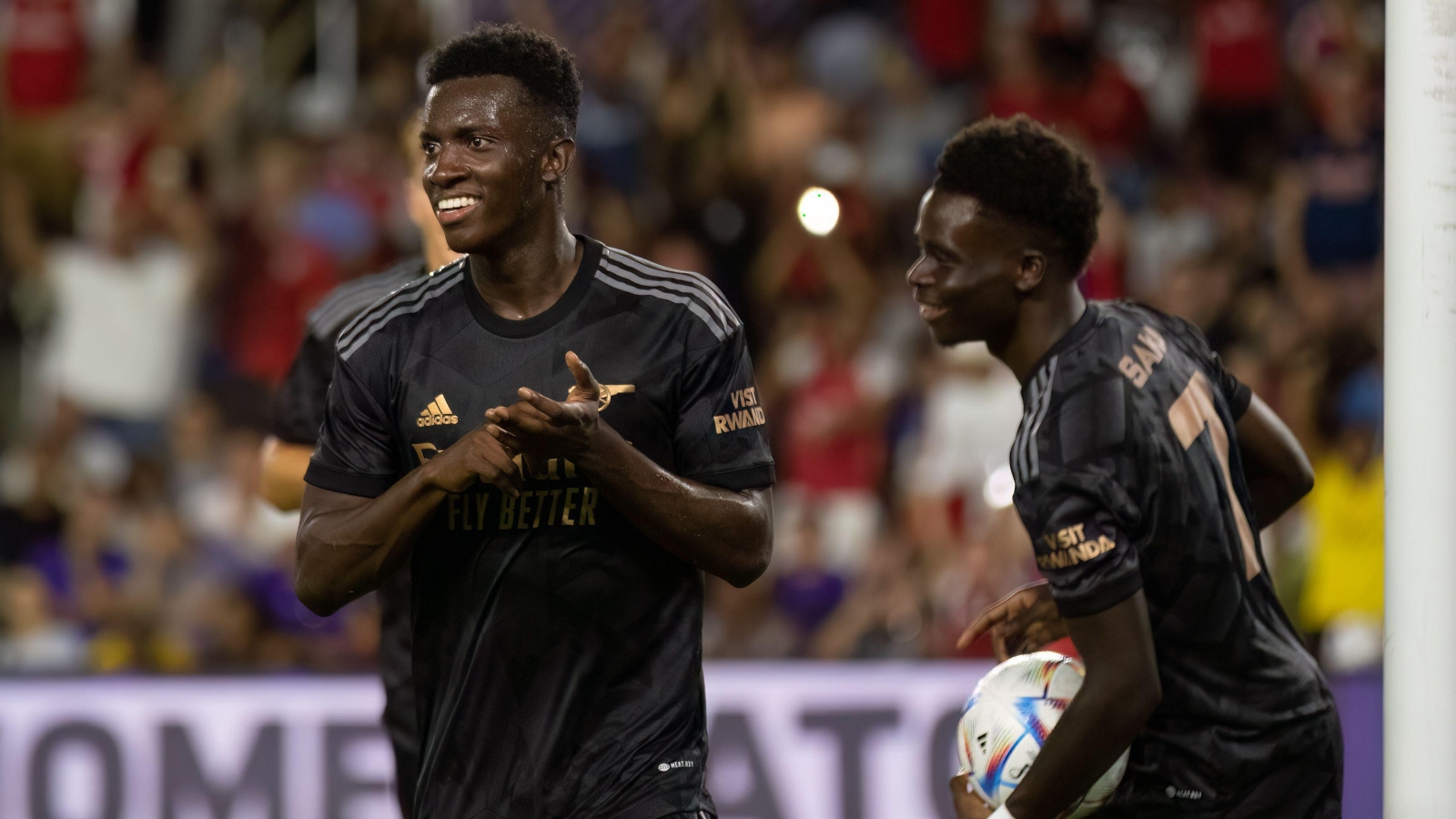 Arsenal got off to an ideal start in the Europa League thanks to Eddie Nketiah’s second-half winning goal against FC Zurich.

Zurich sit ninth in a ten-team Swiss Super League with no wins and just two points from their first seven fixtures and saw this game moved from their home ground following a clash with a Diamond League athletics meeting.

Mikel Arteta made seven changes from the Premier League defeat to Manchester United with Marquinhos impressing on his senior debut with a goal and an assist.

The 19-year-old opened the scoring with a well-taken finish after good work from Fabio Vieira, making his full debut, and Nketiah.

Vieira could not double the lead after lifting an effort over the crossbar following a fine run which saw him latch onto a smart Albert Sambi Lokonga pass.

Switzerland captain Granit Xhaka arrowed a shot wide with Vieira impressing in midfield as Arsenal began to dominate, only to concede a penalty three minutes before the break.

Nketiah was adjudged to have fouled Fidan Aliti inside the box and Mirlind Kryeziu made no mistake from the spot, sending debutant goalkeeper Matt Turner the wrong way to level.

The Gunners’ win was overshadowed by the death of the Queen as their players and those of Zurich held a minute’s silence before the start of the second half.

The announcement came from Buckingham Palace during the interval in St Gallen.

After the breaking news, the Arsenal players re-emerged wearing black armbands as the two sides congregated around the centre-circle for a minute’s silence, while an image of the Queen was shown on the big screen.

Once the game was back underway, Nketiah fired just over the bar from the edge of the box but would ultimately make up for his earlier error by putting Arsenal back in front, his downward header from a Marquinhos cross greeted with muted celebrations just after the hour.

That proved to be enough to secure the three points, with PSV Eindhoven next up for Arteta’s side.